Sullivan & Worcester has one goal: to help businesses thrive in an ever-changing marketplace. We combine the breadth of experience and sophistication you expect from a prominent, top-tier law firm with an unusually creative and flexible approach. Clients choose Sullivan & Worcester because our lawyers are hands-on, business savvy and straightforward, with an intense commitment to our clients' interests. 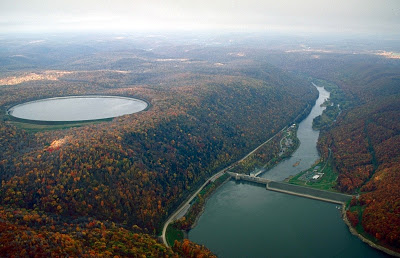 The United States has produced clean, renewable electricity from hydropower for more than 100 years. Today there are approximately 2,500 domestic dams and pumped-storage facilities that provide roughly 100 gigawatts (“GW”) of electricity. In addition, there are more than 80,000 non-powered dams, i.e., existing structures that could produce power, with the potential capacity of 12 GW. New England’s non-powered dams potential capacity is 243 mega watts (“MW”).  Many of the 80,000 non-powered dams could be converted to produce hydropower at relatively low cost and within a relatively short timeframe. See U.S. Department of Energy, An Assessment of Energy Potential at Non-Powered Dams in the United States (2012).
END_OF_DOCUMENT_TOKEN_TO_BE_REPLACED
0 Comments Click here to read/write comments

Green infrastructure refers to, among other things, the utilization of sustainable forestry and agriculture as elements of a cost-effective compliance strategy for meeting the National Pollutant Discharge Elimination System (“NPDES”) permitting requirements, as authorized by the Clean Air Act (“CWA”), and its state counterparts. Natural systems and processes such as constructed wetlands and phytoremediation have long been used as tools for meeting NPDES discharge standards; however, the advent of the Environmental Protection Agency’s (“EPA’s”) more rigorous “Phase II” stormwater management requirements has spurred renewed interest in such systems among a new and more expansive set of permittees.

Considerations for Participants in the Expanding Market for Compensatory Mitigation Credits

In a recent blog post, we described the basic statutory and regulatory framework supporting the increasing popularity of mitigation banking.  In this update, we offer some additional observations for property owners and other sponsors who may wish to develop a mitigation bank, and identify some of the risks associated with that undertaking.

Water Infrastructure: The Current State of Funding and Considerations for Private Investors

Almost a decade ago, EPA estimated the needed investment in our domestic water and wastewater infrastructure at approximately $105 billion; today it is estimated at over $600 billion. There is no indication thus far that the new administration is committed to reversing the rapid decay of our water infrastructure, or addressing the massive backlog of needed improvements.

The Renewable Fuel Standard (RFS) is a regulatory program administered by EPA that requires petroleum-based transportation fuel sold in the U.S. to contain a minimum volume of various categories of biofuels. The program’s mandates are subject to a statutory waiver provision that may be exercised by EPA in the event that market conditions present an obstacle to meeting the minimum volumes. With the new administration’s continuing scrutiny of EPA’s numerous regulatory programs, there has been a great deal of uncertainty regarding the likely fate of the RFS Program.

A mitigation bank is a wetland, stream, or other habitat area that has been restored, established, enhanced, or (in certain circumstances) preserved for the purpose of providing compensation for unavoidable impacts to such natural resources. When a corporation or other entity undertakes these activities, it can generate “compensatory mitigation credits” (“CMCs”), which in recent years have significantly increased in value. Corporations and other owners of brownfield or dormant/underutilized properties are increasingly using these lands to create mitigation banks in order to generate CMCs that can be sold into the mitigation market.

Under the Brownfields Law of 2002, EPA and other federal agencies have established a variety of programs focused on promoting and funding the repurposing of abandoned mine lands (AMLs), broadly defined as lands, waters, and watersheds in close proximity to where extraction, beneficiation, or processing of ores and minerals has occurred. Among the most promising of these initiatives is EPA’s Re-Powering America Program, pursuant to which EPA has prioritized the development of renewable energy projects on brownfield properties such as AMLs.