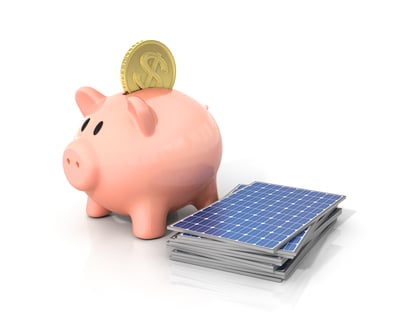 Anyone hoping for clarity on the possibility of an extension issue would have a hard time sifting through all of the data points that were floating around the market this week. It’s probable that even lawmakers had trouble keeping up with all the insertions and removals from various committees’ versions of the extenders package as well as a rife rumor mill that included whispers of a possible GOP offer to extend for a year. Even the exact nature of an extension is unclear, as everything from a straight extension to a more graduated stepdown to a start of construction rule has been mooted.

Despite headwinds created by the difficult operating environment that has been the hallmark of U.S. politics in recent years, advocates have been arguing strenuously in favor of an extension and their logic is sound. An extension of the ITC would certainly make for an easier operating environment, particularly for developers and suppliers going forward. An extension would also seem to make sense in the context of broader national goals and initiatives. For example, many states that have lagged behind leaders in deploying solar are currently working on legislative changes to third party ownership rules, net metering and other policies that might prove fruitless if the value of the ITC were to decrease. Additionally, the transition to the implementation phase of the Clean Power Plan (CPP) would certainly be eased by an extension.

It is also true that solar energy is no longer just a ‘blue’ issue. For example, Senate Republicans have been recently showing signs of support for an extension. The Green Tea Coalition groups in the Southeast and religious groups advocating for solar, not to mention job growth in red regions, have all ensured that it is no longer just Greens calling for support for solar.

However, despite some impassioned vocal support and some solid logic behind extending, the extension is no sure thing. In stark contrast to some of the data points above is the reality that a recent Republican uprising in the House and a Congress, which is expressly setting itself against a lame duck President, make deal-making a difficult proposition. Additionally, it stands repeating that the stepdown, already on the books, faces an uphill battle, whether principals are willing to come to the table or not.

It has been notable that, despite support for the major CPP initiative and a leadership role in the Paris talks, the Obama White House has not been inclined to show much public support for an extension. Perhaps it has been determined that the CPP will allow long-term goals to be accomplished, while the job losses in the short-term are viewed as a casualty to pure economics and the business cycle. Perhaps the White House simply has bigger fish to fry.

Given the uphill nature of the battle the solar industry is currently fighting, it would be prudent for business leaders to spend time preparing for an extension-free outcome. This could mean different things to different companies of course; M&A activity could increase as some will seek to become acquired and some will become acquisitive in the hopes that scale could provide insulation against negative outcomes. Others will shift business models to exploit boutique opportunities, or will depend on contractual relationships with solid partners to ensure continuity. However, not considering these options, or others, is akin to being the ostrich who sticks its heads in the sand at the sign of danger; ignoring the issue doesn’t ensure that it will go away.

Anecdotally, solar energy advocates seem to be overwhelmingly in favor of an ITC extension. While it is likely not a necessary factor in the long-term success of the technology, which is increasingly proving itself on its own merits, it is also true that a timely extension would increase the likelihood of short-term solar growth, particularly in the C&I sector. An extension will also almost certainly insulate tens of thousands of jobs from elimination over the next 18 months. For these reasons, it makes sense for the industry and its advocates to argue strenuously for an extension. Based on the events of the past week, it seems that the odds on an extension are potentially rising. Our best guess is that a start of construction rule will make its way into an Appropriations bill.

However, despite best efforts, it may just end up being the case that the credit is not extended. Even if it is, a start of construction rule will still cause disruption in the market, as has been the case in the wind industry multiple times in recent years. Because of the possibility for turbulence, managers should be planning for a less stable future. Management teams have fiduciary obligations to investors (often friends and family in the solar world), contractual obligations to partners and customers and moral obligations to employees. To fail to prepare for the stepdown, or at least a bumpy ride, is to fail in those obligations and is short-sighted, particularly since there is still time to put plans in place to address various contingencies.  However, the clock is ticking…