On April 11, 2019, Puerto Rico Governor Rosselló signed the Puerto Rico Energy Public Policy Act (Senate Bill 1121), which is intended to transform energy generation in the territory. The new law requires Puerto Rico to generate 40% of its energy from renewable sources by 2025 and 100% by 2050. These are substantial goals under most circumstances, but particularly for Puerto Rico which generated only 2% of its electricity from renewables as recently as 2017.[1] Likened by some commentators to the Green New Deal, the ambitious law bans coal plants starting in 2028, provides for automatic interconnection for customer-sited solar energy systems below 25 kilowatts (kW), reduces utility approval time to 90 days for commercial and industrial solar projects, creates a 5-year window of full compensation for consumers’ solar energy production, streamlines permitting for utility scale projects, and exempts solar electric storage equipment from sales taxes.[2] 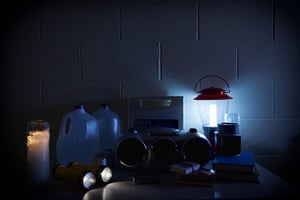 Demand for rooftop solar plus battery installations nearly doubled in the year following Hurricane Maria and the ensuing blackout, as many Puerto Rican consumers increasingly view these installations as a resilient alternative to depending on the Island’s unreliable electricity grid.[3] The new statute is expected to encourage even more small-scale energy projects like rooftop solar through its stronger policies on net-metering, interconnection, storage, and micro-grids. Installers, for example, will no longer require utility permits for photovoltaic arrays smaller than 25 kW, thus making it easier for solar projects to connect to the grid.[4] For larger wind and solar projects that require regulatory approval, the new law also is designed to speed up the permitting process, from years to months.[5]

While the new law has fostered a belief that Puerto Rico is on the road to a completely renewable future, plenty of short- and long-term challenges remain. Currently, the Puerto Rico Electric Power Authority (“PREPA”), which has been mismanaged for many years, is engaged in both bankruptcy proceedings and efforts to privatize its generating facilities. PREPA recently reached an agreement with the Puerto Rico Financial Oversight and Management Board, its bondholders, and Assured Guaranty, a major insurer of PREPA bonds, on over $8 billion of legacy debt. However, that agreement would require that PREPA customers pay an extra annual per-kilowatt hour charge through 2067. That debt charge would raise consumer electricity rates by roughly 13% in July 2020, resulting in an increase of more than $130 on top of the average residential household annual electricity bill, with the charge scheduled to increase through 2043. Further, residential consumers would be assessed the charge on both traditional electricity purchased from the grid, and renewable energy produced using grid-connected solar panels. PREPA’s agreement is subject to approval by the bankruptcy court and the Puerto Rican legislature before it can be implemented.[6] Democratic U.S. Senators have urged rejection of the agreement.[7] 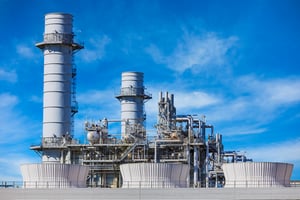 Additionally, some federal officials have suggested that Puerto Rico’s renewable generation goals might be too lofty, and that the Island should consider diversifying its power array with natural gas.[8] A US Department of Energy (DOE) representative has recommended the installation of a natural gas generation facility of between 1,200 and 1,600 megawatts (MW) capacity in San Juan that would be “one of the single most valuable investments for PREPA’s long-term recovery.”[9] He said a new gas plant could reduce total electricity costs for the Island, bring PREPA into compliance with U.S. EPA’s Mercury and Air Toxics Standards, and enable PREPA to fund badly needed deferred maintenance of the grid without raising rates.[10]

Proponents of this approach view the use of gas as a cleaner and cheaper alternative to the coal and diesel production that comprise the main components of PREPA’s aging energy generation fleet.[11] However, others remain skeptical that an investment in natural gas would achieve the proposed cost savings, as Puerto Rico would need to construct import terminals as well as build or convert generation facilities.[12] Proponents of the renewable energy legislation also are concerned that investment in natural gas would financially lock Puerto Rico into continued reliance on that energy source, diminishing its ability to achieve the ambitious renewable energy goals.[13]

On June 7, 2019, PREPA submitted a revised 2019-2038 Integrated Resource Plan (IRP) to the Puerto Rico Energy Bureau. The Bureau, which is responsible for regulating, monitoring and enforcing Puerto Rico’s public energy policy, had rejected an earlier iteration of the plan because of its over-commitment to natural gas, and an inadequate commitment to the study and pursuit of renewable energy opportunities.

Unlike a traditional integrated resource plan, designed to identify least costly approaches to address anticipated energy generation gaps, PREPA’s revised IRP considers several metrics such as resiliency, a shift to decentralized generation resources, and a central role for renewables in compliance with the Puerto Rico Energy Public Policy Act.[14] Most notably, the revised IRP calls for increasing solar capacity by nearly 1,400 MW and energy storage by 920 MW in the first four years of the plan’s implementation. These metrics are proposed to help reach the 100% renewable energy goal.[15]

The revised IRP also seeks to address resiliency measures through the development of eight mini-grids, which would provide power following major storms or disruptions, ensure continued supply to critical loads, and provide timely recovery of priority loads.[16] Nonetheless, the revised IRP still proposes conversion of some of PREPA’s fossil fuel generation facilities to natural gas and the construction of a liquefied natural gas import terminal, noting that the significant lead times for those project would require advanced permitting and planning if they are to remain viable options.[17] Thus, it is unclear whether the revised IRP will meet the requirements of the Puerto Rico Energy Bureau.[18]

However, the revised IRP would put Puerto Rico on a path to consume more than two-thirds renewable electricity by 2038, and reducing its carbon emissions by 88%.[19] The revised plan also shaves nearly $1 billion from the first plan, bringing the total cost under $15 billion. The Bureau is scheduled to vote on the revised plan by the middle of July 2019.[20] 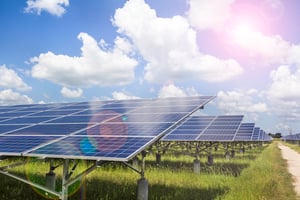 When Hurricane Maria made landfall, nearly 60% of the installed grid and generating systems in Puerto Rico were over fifty years old.[21] The ensuing crisis focused attention on the electric system’s resiliency short comings. The proposed revised IRP seeks to address those dire needs to upgrade the existing system, while also setting PREPA on the path to a 100% renewable future. The challenges facing Puerto Rico’s system--transitioning an aging generation fleet, effectively and economically adding renewable generation, and shifting toward decentralized generation--are not entirely unique to the Island. They are problems faced by many utilities across the mainland.[22]As Puerto Rico seeks to meet the challenges of the statue’s 100% renewable requirement by 2050, long awaited opportunities finally may come to fruition for solar energy developers.