Battles over net energy metering (NEM) policy are currently raging nationwide, and are only expected to intensify in the face of the recent investment tax credit (ITC) extension. NEM, a state statute- 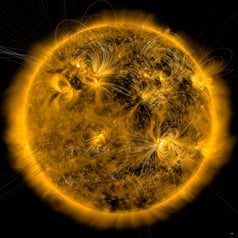 based policy incentive that allows small generators of electricity to sell their excess generation into the grid typically subject to an overall cap, has been a great contributor to the proliferation of residential rooftop solar. It has also stimulated commercial and industrial-sized facilities in some locations, particularly those jurisdictions that allow for the slightly more complicated ‘virtual’ net metering approach.

However, as solar has gained greater market penetration, utilities have increasingly pushed back against NEM. As with many issues, the arguments on both sides of the NEM debate are complicated. Opponents, typically utilities, claim that NEM policies shifts pro rata grid costs from solar customers onto the rest of their rate-paying base. They also argue that the rates being paid to the small producers are too high. NEM advocates, on the other hand, claim that these arguments are overblown, and are merely smokescreens promoted by utilities more worried about embedded monopoly powers than pro-rata grid costs.

Even in jurisdictions where support for the practice remains, such as New York and Massachusetts, debates are occurring over the value of solar, grid cost sharing and caps, suggesting that the net metering of today may not look like the net metering of tomorrow. In other places, proponents are undermining net metering policies by using a ‘death by one thousand cuts’ approach, where benefits are chipped away to the extent that policies are rendered functionally moot.

Perhaps nowhere has this latter approach more prevalent in recent times than in Nevada where clashes have occurred at the legislative level, in front of the Nevada Public Utilities Commission (NPUC), and have more recently spilled over to the courts.  After the NPUC surprisingly voted to enact changes which would essentially render the current NEM regime unviable, residential solar customers filed a class-action law suit on January 12 against their utility alleging, among other things, that NV Energy is seeking to monopolize energy production by crippling the solar market. They also allege that rising rates have caused net metering customers to experience a 40% cost-hike.

How did the debate over NEM in Nevada get to this point?

Nevada has been one of the fastest growing solar markets in the country in recent years, particularly in the residential space. Rapid growth allowed the state to reach its 3 percent solar net metering cap in August of last year, leading the NPUC to extend payments under the old program until the end of 2015 to buy time to evaluate next steps. However in December, the NPUC voted to cut net metering payments by half while simultaneously raising the fixed fees for solar customers to around 40% by 2020. Additionally, the NPUC is applying these changes retroactively, which distinguishes actions in Nevada from those in other states that have altered their net metering, and means these new prices will apply not only to new solar customers, but to existing customers as well.

This decision was met with significant backlash by local solar companies, customers and advocates and even gained the attention of the three major Democratic candidates for the 2016 presidential election. As a result of the decision and a general lack of support for solar, three major solar companies have decided to pull back significantly from Nevada. For example, Vivint suspended its plans to expand into Nevada right after the August cap was reached, but continues to release statements condemning Nevada’s continued actions as a barrier to it ever deciding to reenter the state. SolarCity announced on January 6, 2016 that it was ceasing operations in Nevada, thus eliminating more than 550 jobs and closing its newly minted training center.

Sunrun has also declared its exit from Nevada citing the actions of Nevada politicians, the NPUC and NV Energy. Additionally, on December 24, 2015, the Nevada Bureau of Consumer Protection filed a petition with the NPUC, explaining that the new ruling “is not consistent with the Governor's stated objectives of SB374 or the governor's initiatives and focus to increase jobs and employment for Nevada residents. Now, solar customers have joined the fight by filing the class-action suit with similar allegations against the NV Energy.

In the wake of the extension of the ITC, many believe that debates in the solar space will take on a distinctly local flavor in the years to come. In the absence of an extension, it was likely that solar projects would have had difficulty attracting low cost capital.  However, with federal incentives secured, many believe that solar in general, and the residential market in particular, are set to explode over the next few years.  Although the credit extension will likely positively impact solar development, it has also made battle lines clear and has provided ammunition for opponents of rooftop solar who will now strategically pick at other incentives, arguing that the extension has rendered them unnecessary. Nevada provides a good, early example of this.

It is also true that as more distributed solar comes online, grid management policies will need to be reexamined to ensure both fairness and continuity of service. Recent battles at state utilities commissions have resulted in favorable outcomes for proponents of solar. However, if the NPUC ruling is a sign of the times, it is possible that it could be a bumpy road ahead, particularly in states nearing their NEM cap.