Section 301(c) of the Comprehensive Environmental Response, Compensation, and Liability Act (“CERCLA”) authorizes the Federal government, States and federally recognized Indian Tribes to act as "trustees" on behalf of the public to pursue claims to redress injury or destruction of natural resources caused by hazardous substance releases. The measure of damages is calculated based upon the cost to restore or replace the injured or destroyed natural resources. Trustees also may recover compensation for services the resources would have provided the public pending restoration, as well as the reasonable cost of assessing injury and determining appropriate restoration. 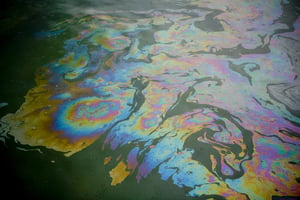 Concurrent with the ANOPR comment period, a Natural Resources Symposium was held at the George Washington University Law School by the Ad-Hoc Industry Natural Resource Management Group. The panel and symposium participants included representatives from the Department of Interior, Department of Energy, Department of Commerce, U.S. Environmental Protection Agency and state agencies. Representatives of non-government organizations, corporations, attorneys in private practice, scientists and economists also were among the panelists and symposium participants. In addition to discussing the current NRD regulations and caselaw under both CERCLA and the Oil Pollution Act ("OPA"), participants offered suggestions to reform those regulations, which largely tracked the issues raised by DOI in its ANOPR. 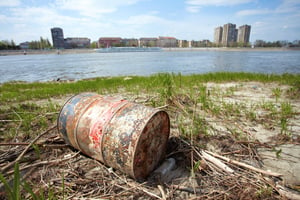 The ANOPR requests suggestions from the public to improve efficiency and cost effectiveness of NRD assessments, as well as comments on issues of particular interest to DOI. One such issue, "Simplification and Plain Language," seeks comment regarding concerns that the CERCLA Natural Resource Damage Assessment and Restoration ("NRDAR") Program regulations are too complex and repetitive, especially when compared to the Natural Resource Damage Assessment regulations issued under the OPA. DOI also seeks comment on revising the CERCLA NRDAR regulations to encourage early scoping of restoration opportunities at NRD sites, especially at a point in the assessment process when scoping would be most cost effective and appropriate. Moreover, DOI seeks public input on the application of advance restoration and restoration banking concepts in the context of NRD regulation. The current CERCLA NRDAR regulations do not provide any explicit reference to  the use of advance restoration or restoration banking techniques.

At the Symposium, an environmental consultant suggested that restoration should not be viewed as an "exact science" with set methods or approaches for preparing restoration plans. Instead, stakeholders should establish an end goal and then identify creative and efficient methodologies to meet it. Efficiency was oft cited by participants as a necessary linchpin to speed-up the restoration process, which presently can take years or even decades to complete. Another participant suggested that a cooperative assessment process among responsible parties and trustees would be helpful to catalyze the restoration process. Technical working groups staffed by scientists and economists, without attorney involvement, were proposed to speed up restoration and decrease overall transactional costs.

Several participants also suggested adding a restoration banking option to the NRDAR regulations. Restoration banking refers to an arrangement under which a natural resource trustee accepts restoration credits from a settling party. The restoration credits, typically produced by a third party, would be provided in addition to or in lieu of NRD payments and/or the performance of restoration work, depending on the particular circumstances. In past postings, we’ve described the basic statutory and regulatory framework supporting the increasingly popular use of credits derived from restoration, or "mitigation," banking under Section 404 of the Clean Water Act.

The comment period on DOI's ANOPR remains open until October 26, 2018. Professionals working in the NRD arena should take note of potential changes that may occur and new opportunities that may arise if DOT decides to conduct a rulemaking to modify the NRD assessment and restoration regulations.