Legends of the Fall 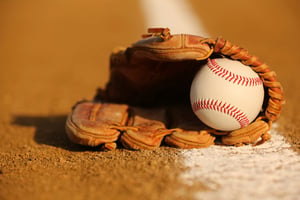 When the Red Sox clinched the 2018 World Series last Sunday night, the first emotion was one of intense relief – relief that this wonderfully dynamic and exciting team actually managed to run the table and win an all-too-elusive championship.

As I discussed the next morning with my partner and fellow baseball fanatic, Rich Jones, it is extremely common for great baseball teams to stumble before crossing the finish line. The Boston Red Sox teams of 1975 and 1986, for example, had similarly talented teams that enjoyed similarly jubilant seasons, only to come up oh-so-short in the seventh game of each World Series. Quadruple that comment for the 1967 Red Sox: The "Impossible Dream" team kept the Dream alive until the last out of the seventh game of the World Series. So close and yet so painfully far. The gods of baseball are indeed fickle.

And so this 2018 team will be forever enshrined and remembered in a special way that those other teams will not.

Although the 2018 World Series ended in a triumphant 5-1 victory in Game 5, it should be remembered that just 24-hours earlier the situation was, in the famous words of the Duke of Wellington at the Battle of Waterloo, "A near run thing." The Red Sox in the course of Saturday, October 27, succumbed in an 18-inning debacle, in which they – or at least Ian Kinsler – had the World Series ring in their grasp, only to throw it errantly past the woefully-out-of-position, catcher, Christian Vasquez, who was inexplicably playing first base, for the first time ever, in the late innings of the third game of the World Series. Vasquez playing first base was roughly the equivalent of one of those airplane disaster movies where the  pilot, the copilot, and everyone else gets sick, and so some poor random passenger suddenly has to fly and land the Boeing 747. How does that even happen?!! The oft-proclaimed managerial prowess of Alex Cora was, in that moment, nowhere to be seen. Perhaps he was temporarily dazzled by Aphrodite.

Then, later that same night, trailing 4-0 in the seventh inning of Game 4, Athena seemed to sprinkle pixie dust in the eyes of Dodgers Manager Dave Roberts, causing him to yank brilliant Dodgers starter Rich Hill, who had thrown a masterful 6-1/3 innings of shut-out baseball, and replace him with a series of lesser myrmidons who were easily sacrificed to propitiate the needs of the moment. In short, the move set the stage for a series of Red Sox heroics – a 3-run homer by Mitch Moreland, a game-tying homer by Steve Pearce, a critical base hit by Rafael Devers to put the Red Sox ahead, followed by a remarkable base running feat by Devers not to get doubled up on an easy grounder to second, followed by an amazing defense played by Devers to cut off the Dodgers last rally in the bottom of the ninth, when Craig Kimbrel, the most mortal of mortals during this World Series, almost blew a 9-4 lead, and scared the bejesus out of the Red Sox Nation.

The following night it was much less stressful, as Red Sox now held a 3-1 lead in games, and they sallied forth behind the suddenly invincible David Price.  Price just two weeks ago was everyone’s definition of a goat, but now he became the hero of the moment by submitting a spectacular pitching performance, his third in two weeks. Price gave up a lead-off home run, and then essentially shut down the Dodgers for the rest of the game.  From goat to GOAT.  What an amazing trip.

Kershaw, the Dodgers starting pitcher in Game 5, is capable of immense and prodigious feats, like Hector, but his Achilles was Steve Pearce, who delivered a two-run homer in the top of the first, before the fans were even seated, which accounted for 100 percent of the Red Sox 2-1 lead going into the sixth inning. At that moment the long-missing Mookie Betts showed up to record his first home run in 87 post-season at bats (a staggering statistic in itself), followed by a home run by the long-overdue J.D. Martinez, followed by yet another home run by the hyperactive and peripatetic Pearce, who deservedly won the MVP, although David Price was a very close runner-up.

The battle turned into a route in the end, and  concluded with a triumphal march by the much maligned (and for the most part deservedly maligned) Red Sox bullpen. Joe Kelly, who inexplicably during this 2018 post-season became the pitcher the Red Sox always thought he could be, struck out the side in the eighth, and then ace starter Chris Sale, a former reliever for the Chicago White Sox eons ago, came in and put an emphatic punctuation to the festivities, demolishing the heart of the Dodger’s lineup and culminating with an ignominious strikeout of the much-reviled Manny Machado.

In reviewing the World Series the next day with Rich Jones, both of us were struck by the fact that Machado, at the end of Game 4, stepped on the back heel of Steve Pearce while running out a ground ball (in fact, the very ground ball on which Devers submitted his spectacular defensive gem). Machado stepped on Pearce’s heel, even though Pearce’s foot was on the far inside edge of the bag. I have played fast-pitch baseball for over 50 years, and Jonesie has played for almost as long, and not once in all those years did that happen to either of us as runners. It is simply too easy to step on the bag and avoid the first baseman in that situation. I like old time, hard-nosed baseball – hey, the pitcher throws at your head, so move your head – but that was just plain inexcusable.

Machado should have been thrown out of the game and suspended for the next game. Instead however, the baseball gods choose to make him an exemplar, by letting him perform one of the most awkward and embarrassing at bats of the entire World Series (although the immediately preceding batter look pretty bad as well). Machado went down swinging to end the series, and darn near fell on his butt in the process.  He looked terrible. I hope they replay his swing a thousand times over the coming winter. As they say in basketball, Machado got POSTERED by Sale.

No baseball game is won, no victory secure, until the final out. As  Yogi Berra famously said, "It ain’t over till it’s over." But now it’s over. We won. The 2018 World Series Champion Boston Red Sox. Yea!