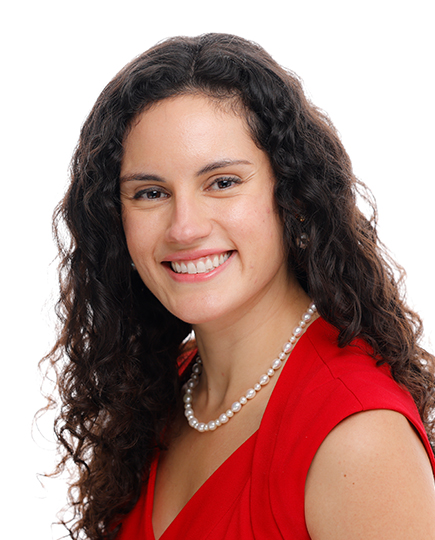 Given the recent expansion of the regulatory landscape in light of the ongoing events in Russia and Ukraine, namely the imposition of extensive sanctions on Russia (and certain Russian banks and nationals), there has been a lot written and published on the black letter terms of the sanctions themselves. This update focuses on the common “secondary issues”, these being the commercial questions that arise from the implementation of sanctions that are most likely to impact on parties’ contractual obligations.

The UK sanctions regime is very broad and imposes extensive restrictions on dealing with individuals who are listed as “designated persons,” including making or receiving payments from such “designated persons” and participating in activities that would directly or indirectly circumvent the sanctions regime. The UK has also fast-tracked the Economic Crime (Transparency and Enforcement) Act (the Economic Crime Act) through Parliament as part of its response to the situation in Ukraine (this received Royal Assent on 15 March 2022). Part 3 of the Economic Crime Act is of particular relevance to sanctions. When Part 3 comes into force, it will impose a strict liability test whereby the intent or knowledge of an individual committing the sanctions breach is not relevant to whether they can have a civil penalty imposed on them. This strict liability test will be challenging in the trade and export finance sphere, where decisions tend to be made in a relatively short time period.

With this in mind, it has been a priority of commercial parties to work out what impact the imposition of sanctions, and the general disruption caused by the invasion of Ukraine, may have on their contractual obligations.

If your contract contains a force majeure clause, you might be able to take advantage of it. Such a clause is designed to allow one or both parties to be excused from performance, either on a temporary or permanent basis, on the occurrence of specified event(s) beyond a party’s control. The question of whether sanctions and/or the situation in Ukraine would constitute a force majeure event depends on how the clause is drafted and whether a court would interpret the language (on an objective basis) to cover such events. Even if sanctions are not explicitly covered, a wide definition of “war” or “hostilities” may cover the consequences of such events, including sanctions.

The party relying on force majeure must demonstrate that non-performance was due to the force majeure event, and that there were no reasonable steps that it could have taken to avoid or mitigate the event or its consequences. Accordingly, thought should be given to the impact of any licensing regime when drafting or seeking to rely on such a clause. An example of such a regime would be that of the Office of Financial Sanctions Implementation (OFSI) which has the power to grant written authorisations permitting acts that are otherwise prohibited by financial sanctions.

There was a recent decision of particular interest (MUR Shipping BV v RTI Ltd [2022] EWHC 467 (Comm)) in which the Commercial Court held that a shipowner was entitled to rely on a force majeure clause in a shipping contract where the charterer’s parent company became subject to US sanctions. Interestingly, the court allowed reliance on force majeure even though the sanctions did not directly affect the shipowners but were instead anticipated to delay US dollar payments. This is of note because it demonstrated that: (i) in taking reasonable steps to mitigate the impact of a force majeure event, a party is not obliged to accept anything other than what is stated in the contract, e.g. in this case, the shipowners were not required to accept payment in an alternative currency to that stated in the contract; and (ii) a party’s choice of response to a force majeure event (where reasonable) will not necessarily break the chain of causation between the event and the non-performance so as to prevent reliance on the force majeure clause.

Frustration is another principle of English law upon which parties may rely, and addresses what happens if, following the execution of a contract, something happens which renders its performance: (a) impossible; or (b) only possible in a very different way from that originally contemplated. This is typically interpreted narrowly by the courts, but its effect is to bring the contract to an automatic end, i.e. to discharge the parties from any further liability under the contract.

The essence of frustration is that it should not be the result of some act or election of the party seeking to rely upon it, but due to some outside event or extraneous change of situation. In other words, it cannot be invoked simply because the contract has become more onerous. If performance under an English law contract becomes illegal, for instance in contravention of sanctions, it may be possible to claim that the contract has been frustrated. This will however be a question of interpretation of the law giving rise to the illegality, and the contractual provision containing the problematic obligation in question. The disruption caused by the events in Ukraine, and the legislative response to this, may also cause a contract to become frustrated. Given the high threshold for what constitutes frustration, parties should look to ensure that the issues around sanctions are addressed in the contract itself, rather than relying on the principle of frustration.

A further option parties may consider is supervening illegality, which can discharge an English law governed contract provided that the illegality clearly prohibits performance. As with frustration, the threshold for demonstrating illegality is high and reliance on it will be very much fact dependent. The most obvious scenario would be where the performance of obligations under an English law contract is prohibited by sanctions. We note that the doctrine will not always apply where the illegality arises under the laws of a third-party country (e.g. if the relevant goods are located in another country), which may prompt issues with consistency of interpretation between the various different sanctions rules that are in place globally.

The current sanctions regime has been rolled out quickly and will likely be withdrawn slowly. We anticipate that further challenges will emerge over time, such as criminal and/or contractual disputes around breach of sanctions and/or non-performance, but for now, it is important for entities and individuals to remain up-to-date with their obligations, review key contracts for whether any of the points raised may apply and act quickly if any issues crop up to ensure compliance with any applicable requirements.

These issues were discussed during our latest Trade & Export Finance webinar on compliance and regulations in 2022 presented by Mark Norris, Partner. Please click here for a link to a video of the webinar.

Talking Trade Finance is here to provide you with all of the latest updates in the Trade & Export Finance Industry. 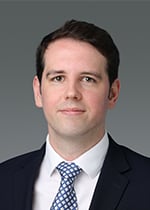 Sam Fowler-Holmes is a partner in the Trade & Export Finance Group in Sullivan’s London office. He specialises in structured and unstructured trade, commodity and export finance, advising both financial institution and corporate clients on a range of financing products including pre-export financing, prepayment financing, letter of credit and payment instrument facilities and working capital and borrowing base financings. Sam is a regular speaker at the Sullivan trade and export finance seminars and is a member of the ITFA Emerging Leaders Committee.