Under the Accord, the United States had pledged to reduce its greenhouse gas emissions 26-28% below 2005 levels by 2025, and to contribute up to $3 billion in aid to an international fund that helps the world’s poorest nations mitigate the effects of climate change.  It was expected that one of the President’s first acts following the inauguration would be to withdraw the country from the Accord.  On the campaign trail, Mr. Trump had not minced words about his view of the Accord, and his belief that climate change was a hoax.  Nonetheless, the President delayed his decision, while considering the views of many who advocated that the United States remain in the Accord, including several of his advisors, former Vice President Gore, the leaders of the G-7 nations, state governors and corporate executives.  President Trump, however, announced on June 2, 2017 the country’s withdrawal from the Accord, declaring the overarching need to protect United States workers and businesses from intrusive environmental restrictions, and negative impacts on economic growth.  In response to the President’s decision, a coalition of states, companies, and institutions have pledged to fulfill the United State’s emissions reduction commitment.

The withdrawal from the Accord appears unlikely to affect ongoing domestic efforts to reduce GHG emissions.  Currently, 29 states and the District of Columbia have enacted renewable portfolio standards (RPS) to increase the amount of electricity generated from renewable energy sources.  Since the beginning of 2016, seven states have even increased their commitments for additional wind and solar-generated power. 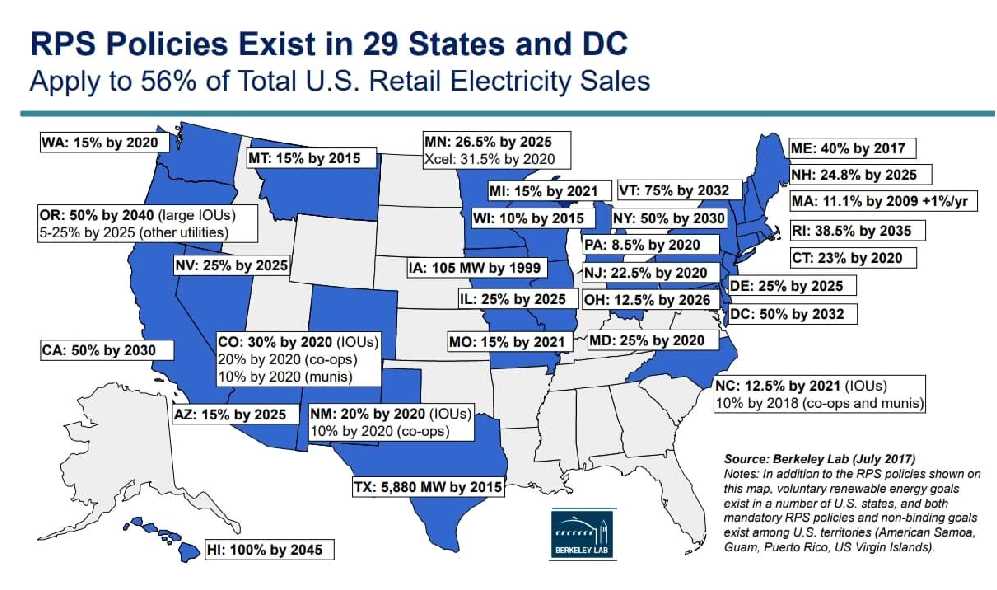 Furthermore, according to an EPA report, Inventory of U.S. Greenhouse Gas Emissions and Sinks: 1990–2015 (April 15, 2017), GHG emissions have decreased in all major economic sectors since 2005. 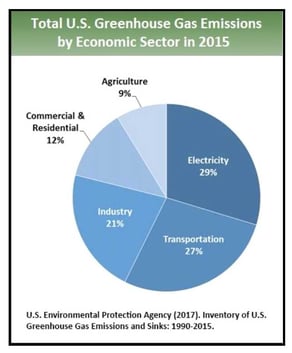 Between 2005 and 2015, GHG emissions decreased by roughly 20% in the electricity sector, 10% in the transportation sector, 4% in the industry sector, and 0.7% in the agriculture sector.

In addition to negating the impact of global warming, the Trump administration seeks to resuscitate the fossil fuel sector by removing regulatory impediments to growth.  As noted, on March 28, 2017, President Trump issued an EO that instructed EPA to reconsider the CPP and “as soon as practicable, suspend, revise or rescind” the rule.  Promulgated in 2015 under the Clean Air Act, the CPP is expected to facilitate a reduction in carbon dioxide emissions from the utility power sector by 32 percent below 2005 levels by 2030.  However, the rule has been tied up in litigation.  Shortly after promulgation, the Supreme Court stayed the CPP’s implementation.  A ruling on the CPP’s validity is awaited from the United States Court of Appeals for the District of Columbia Circuit (“D.C. Circuit”)  following an en banc hearing in September 2016.  In the meantime, on April 4, 2017, EPA issued a notice of intent to review the CPP, while seeking to delay the D.C. Circuit’s impending decision on the rule’s validity.  On April 28, 2017, the court denied the EPA’s request to indefinitely delay the litigation while the Agency reconsiders the need for the CPP.  Instead, the D.C. Circuit agreed to hold the litigation in abeyance for 60 days, and ordered the parties to submit briefs addressing whether the court should continue to delay its decision or dismiss the litigation and remand the rule to the EPA.  After reviewing the parties’ briefs, on August 8, 2017, the court ordered that the cases remain in abeyance for an additional 60 days, and that EPA submit status reports in 30-day intervals.

More recently, EPA attempted unsuccessfully to secure a lengthy delay in implementing another Obama Era emissions reduction regulation.  That rule requires that oil and gas companies fix methane leaks and upgrade equipment at extraction sites.  Siding with the NGOs, who challenged EPA’s announced two year delay, the D.C. Circuit ruled that EPA lacked authority under the Clean Air Act to stay the regulation while the Agency reconsiders it.  On August 10, 2017, the D.C. Circuit rejected industry groups and states’ request to reconsider the ruling.

Moreover, the President’s Energy Independence EO lifts the moratorium on leasing federal land for coal mining, and instructs the Department of Interior (“DOI”) to consider rescinding the 2015 regulation of hydraulic fracturing on federal and tribal lands.  In June 2016, a Wyoming federal judge struck down the rule, which subsequently was appealed to the Tenth Circuit.  DOI’s Bureau of Land Management (“BLM”) has requested the Tenth Circuit to stay the litigation while it reviews the need for the regulation.  On July 25, 2017, BLM published a proposal in the Federal Register to rescind the 2015 regulation, asserting that it  needlessly burdens industry with unjustified compliance costs.  The Tenth Circuit has yet to rule on BLM’s stay request.

To further assist the domestic energy sector, President Trump’s Energy Independence EO also seeks to ease permitting of fossil fuel energy projects.  In particular, the EO rescinds an Obama Era directive that federal agencies performing National Environmental Policy Act (“NEPA”) project reviews must consider GHG and climate change impacts.  Shortly after taking office, President Trump approved the permits for the TransCanada Corp’s Keystone XL pipeline and the Dakota Access pipeline.  In response, the Standing Rock Sioux Tribe and other Native American tribes challenged issuance of the final permit to complete construction of the Dakota Access pipeline in the U.S. District Court for the District of Columbia.  On June 14, 2017, the court ruled that aspects of the Army Corps of Engineers’ (Corps) environmental assessment were inadequate, and ordered the Corps to conduct further  review.  But, the court refused to grant the plaintiffs’ requested injunctive relief to halt oil pumping operations pending the Corps performance of further environmental review, which is expected to be completed by the end of the year.

Despite President Trump’s efforts to provide a “leg up” to the fossil fuel sector, it seems doubtful that the decline in coal-fired power generation will be reversed for several reasons. First, coal is not competitive with lower-priced and widely-available natural gas.  Second, the cost of developing renewable energy resources continues to drop.  Third, state RPS programs and corporate commitments to reduce greenhouse gas emissions continue to drive the growth of the renewables market.  Fourth, carbon emissions from power plants have fallen by 5% during each of the last two years, which is largely due to the switch by the utility sector, coal’s largest customer, to natural gas and renewables.  Currently, coal’s market share is in the low 30% range, and is unlikely to increase despite the new administration’s efforts to revitalize the industry.

Furthermore, withdrawal from the Paris Climate Accord is unlikely to have short-term impacts in the United States.  Carbon dioxide emissions from United States’ energy sources are expected to hit a 25-year low in 2017, and to continue to decrease.  Thus, it appears that the train already has left the station regarding  the overriding support by many corporations and states for the increased development of renewable energy resources, and the ongoing conservation and sustainability measures to further reduce greenhouse gas emissions.  In light of the foregoing developments, it seems that market forces, not President Trump’s EO or government agencies’ efforts, will dictate the fate of the fossil fuel industry.