The 1956 (the year Hildebrand died) exhibition was entitled "German Watercolors, Drawings, and Prints 1905-1955; A Loan Exhibition Sponsored by the Federal Republic of Germany and Circulated by the American Federation of Arts." 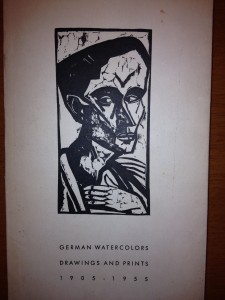 The title page describes the show as from "Loans from German museums and galleries and from the collection of Dr. H. Gurlitt, Duesseldorf." The introduction notes "Dr. H. Gurlitt, Director of the Art Association for the Rhineland and Westphalia is the major contributor to the exhibition which, owing to his generosity, could be planned on an impressive scale."

The Max Beckmann paintings Zandvoordt (1934) and Lion Tamer (Löwenbändiger) (1930) are both listed in the catalogue. The Lion Tamer has been much discussed, having been sold at Lempertz not too long before the revelation of the collection's seizure. In addition, Large Horse by Franz Marc was exhibited i 1956, which while not currently listed at www.lostart.de, was one of the works frequently cited after the November 2013 discovery, having previously been thought lost. 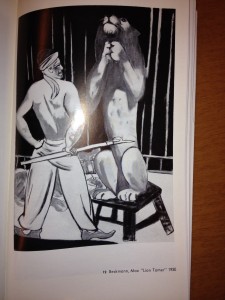 There are dozens of works credited to Gurlitt’s collection by Nolde, Kandinsky, Kirchner, and others. The question now, as more paintings are identified by the Gurlitt Task Force, is whether any of them also came to the United States.