In a story that never fails to provide new twists and turns, the Kunstmseum Bern, apparently with the collaboration of the German government, is now contesting the idea that the only thing holding up restitution of the works identified as Nazi-looted by the Gurlitt Task Force is the will contest by Cornelius Gurlitt's cousin Uta Werner. Instead, they are now blaming the claimants themselves for the delay in restituting Seated Woman by Henri Matisse, The Cardplayers, by Carl Spitzweg, and Two Riders on the Beach, by Max Liebermann, to the Rosenberg, Henrichnsen, and Friedmann/Toren families, respectively.

Ongoing events have weakened irrevocably the triumphalist message that Germany had hoped to send with its November agreement concerning the Gurlitt bequest to the Kunstmuseum Bern, and the January opening of the Deutsches Zentrum für Kulturgutverluste (the German Center for Lost Cultural Property). Instead, the self-congratulatory air that surrounded those events is starting to look like a premature "Mission Accomplished" moment. 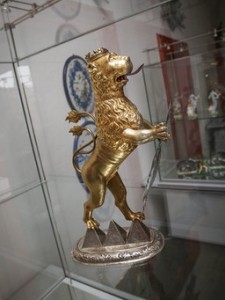