Here We Go Again?  Richard Prince Sued By Photographer Over Images of Rastafarian in Instagram Show

A new year, a new Richard Prince appropriation and fair use dispute.  Readers will recall both the controversial 2013 Second Circuit decision on Prince’s dispute with Patrick Cariou over the latter’s Yes, Rasta photographs that Prince altered, defaced, and otherwise rearranged for his Canal Zone series.  Last year Prince raised the profile of this provocative exploration of the bounds of copyright with the high profile “Instagram” show in which he enlarged Instagram posts and sold them for north of $90,000 each.  Prince has now been sued for copyright infringement by photographer Donald Graham, whose image was used in one of those works.  Will this be more of the same, or will Prince suffer a reversal of fortune?  Even adopting a liberal interpretation of the 2013 opinion, it looks from here like he may have a problem, but the final word will almost certainly not come for quite some time.

Google Books, Fair Use, and Visual Art—Second Circuit Writes Decision That Would Have Helped Two Years Ago

With much anticipation, the Second Circuit issued its opinion last week in the Google Books case (Authors Guild et al. v. Google, Inc.), brought by authors Jim Bouton (of Ball Four fame) and others against Google for the latter’s program of scanning millions of library books, whether or not those books are in the public domain. My overwhelming reaction to the opinion, however, in the realm of visual art, is what a lost opportunity the Prince v. Cariou decision was two years ago, and some optimism that the most recent decision will start to provide useful guidance for practitioners that has been harder to give with confidence since Prince. After two years of the preeminence of the first fair use factor threatening to dwarf everything with a “transformativeness” test that essentially any use could meet, Google Books (even while finding a fair use) restores some balance to that analysis. 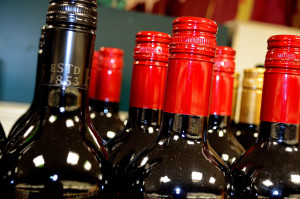 Fox News has petitioned the Second Circuit Court of Appeals to overturn an adverse ruling over use of the iconic photograph from September 11, 2001, known as “Raising the Flag at Ground Zero.” Rightly taking issue with the mostly unhelpful guidance left by Cariou v. Prince, Fox News and personality Jeanine Pirro (recently in the news for the interviews with her as part of HBO’s The Jinx about Robert Durst) have asked for the extraordinary step of appealing the denial of their motion for summary judgment. While that motion probably won’t succeed in the short term for reasons discussed below, the issue will likely end up in the Court of Appeals at some point. The application that the defendants suggest, however, seems like an exception that would swallow the rule.

As anyone with a computer now knows, the story broke last week of a supposed cache of hundreds of intimate photographs of numerous celebrities, including Kate Upton and Jennifer Lawrence, and Detroit Tigers pitcher Justin Verlander. Over the course of the week, rumors circulated about who, exactly, had them, and whether or where they would be leaked online. The story also raised important questions about privacy, security, and default cloud storage of which many people were simply unaware.

Two years after a U.S. District Court decision that sent shock waves through the contemporary art world, the Second Circuit Court of Appeals has reversed that earlier finding that Richard Prince infringed the copyright of Patrick Cariou. Instead, the appeals court ruled that all but five Prince works at issue were fair use under the Copyright Act, remanding the case to re-analyze those five works. It is as dramatic a win for appropriation art as the lower court decision was a chill on that art.

The Second Circuit Court of Appeals has affirmed the judgment against David Bakalar concerning ownership of the drawing Seated Woman with Bent Left Leg (Torso). It is a notable decision first and foremost because it affirms the District Court ruling on the merits of whether the drawing was stolen by the Nazis from the Austrian-Jewish collector Fritz Grünbaum—finding that it was not stolen. Such a ruling is a rarity among wartime restitution cases, the overwhelming majority of which continue to founder on statutes of limitations and jurisdictional defenses. Ironically, even though the court ruled that the work was not stolen and that the current owner could not prove good title, the current owner still prevailed. The details are the key to understanding this case, best described in the District Court decision that the Appeals Court affirmed.

Patrick Cariou has filed his much-anticipated responsive brief in the Richard Prince/Gagosian Gallery copyright infringement appeal. Cariou’s brief makes its stand on the question of transformative use. The degree to which a derivative work is transformative of a protected work is, of course, a central element of a fair use analysis about which Prince will have to persuade the Second Circuit to overturn the judgment below. In so doing, however, one starts to wonder if this case will be of less precedential value—less transformative, if you will—than it has seemed since the judgment last year.