After months of relative inactivity, there was news this week in the saga of Cornelius Gurlitt, the reclusive German man from whose apartments in Munich and Salzburg more than 1,280 objects were seized as part of a tax investigation, objects that came under suspicion of Nazi looting because of the privileged position held by his father Hildebrand Gurlitt. Unfortunately, the latest news continues a string of public relations efforts that bespeak no real progress as we approach the second anniversary of the public awareness of the story. Quite unlike the plaudits that were thrown around by many last year (though not by us) concerning Germany’s agreement with Gurlitt’s named heir, the reaction has been appropriately skeptical this time.

After two months of scathing criticism, the German Ministry of Culture has submitted a watered-down, but still problematic, revision to its Cultural Heritage Protection Law. Back in July, Minister of Culture Monika Grütters announced the initial proposal to amend Germany’s law, or Kulturgutschutzgesetz. The revision, however, is optical at best, and seems targeted only to soften criticism while still taking a regressive view of cultural property that is more at home in the 18th century than the 21st. It will probably pass, to the detriment of forward thinking art market players who will move their trade elsewhere.

Restitution of Constable Painting at the Tate Moves Ahead Again

After putting on hold its prior recommendation back in March of this year, the United Kingdom Spoliation Advisory Panel has recommended that the Tate Gallery in London should return Beaching a Boat, Brighton by John Constable to heirs of Budapest-based (and Jewish) Baron Ferenc Hatvany. The Art Newspaper reports that the Spoliation Panel concluded that the 1946 export license at issue in the springtime uncertainty (located from the Budapest Museum of Fine Arts) was insufficient to overcome the conclusion that title to the looted painting had not passed lawfully.

It has been quite some time since there was occasion to update the dispute between the Chabad Lubavitch movement and Russia over Chabad’s efforts to obtain the return of the library of the movement’s late rabbi Menachem Schneerson and his predecessors (each known in his respective era as the “Rebbe”). There is now a major development. The court has granted the Chabad plaintiffs’ request to turn the daily sanctions that began to accrue in 2013 into an interim judgment, that is, to tally the $50,000 daily fines to date. The U.S. District Court in Washington, DC has done so, and entered a judgment against the Russian Federation, the Russian State Military Archive, the Russian State Library, and the Russian Ministry of Culture and Mass Communication, for a total of $43.7 million. Notably, the judgment will increase automatically by $4.5 million every 90 days if not satisfied; the plaintiffs will not have to return to the court and ask for an amended judgment. Plaintiffs have already begun efforts to identify assets from which that judgment could be collected. 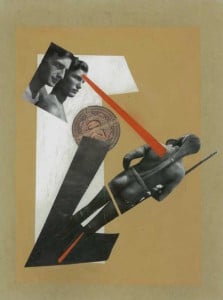 The Staatsgalerie Stuttgart has agreed to return Bildnis Pfalzgraf Johann III (Portrait of Elector-Palatine Johann III), ca. 1526, by Hans Wertinger to the heirs of the art dealers Saemy Rosenberg and Isaak Rosenbaum, the owners of the art dealer firm I. Rosenbaum in Frankfurt. Rosenbaum and Rosenberg sold the Wertinger in 1936, but the proceeds were paid into a Nazi-blocked account. The work eventually ended up with collector Heinrich Scheufelen in 1948.

Just a few days after the FBI released vintage security video footage from the night before the infamous Isabella Stewart Gardner Museum heist, a lawyer has told the FBI that a former client called him to claim that he can identify a man seen in the footage. It bears noting that there are two shots showing a man in the new footage (one inside, one outside), and no indication of whether they are the same person. Regardless, George G. Burke of Quincy said that his former client was in the antiques business, and that the anonymous client knows a man in the video from that industry.

FBI Releases Gardner Video, Suggests Dry Run Like Another That May Have Preceded 1990 Heist

As we have often lamented, real news in the Isabella Stewart Gardner heist has been rare, with coverage far more often manufactured around anniversary dates. Last week was an exception at least from the public’s standpoint when the FBI released video footage from the museum the day before the robbery in an effort to solicit the public’s assistance. The FBI posited that the men seen in the video may have been engaged in a trial run for the eventual theft, in which the thieves pretended to be police officers to gain entry to the museum after hours. Most of the recent efforts by law enforcement have focused on Robert Gentile, whom authorities have accused of having information concerning the paintings’ whereabouts. Gentile has consistently denied knowing anything, and has spent time in prison that might have been avoided had he revealed information. Gentile most recently accused the FBI of entrapment, and no progress on that front seems particularly likely, but this approach is a notable shift.

Robert Gentile, whom the FBI has claimed has knowledge of the whereabouts of the paintings stolen from the Isabella Stewart Gardner Museum, has moved to dismiss the indictment against him on firearms possession charges. He argues that the current investigation was manufactured solely to pressure him into cooperating with the Gardner investigation, and is unconstitutional as a result. He faces a tall task, but he has raised a few colorable constitutional issues.