A federal appeals court has upheld the growing consensus that the Foreign Sovereign Immunities Act (FSIA) confers jurisdiction over foreign state actors in possession of art allegedly looted by and/or overseen by the Nazis.  Upholding last year’s District Court decision, the U.S. Court of Appeals for the D.C. Circuit affirmed the ruling in De Csepel v. Republic of Hungary that denied several Budapest museums’ motion to dismiss, while allowing the Republic of Hungary itself out of the case.  This is the heirs second successful trip to the appellate court, where their claims were upheld in 2013.  The case is the subject of a chapter in my newly-released book A Tragic Fate--Law and Ethics in the Battle Over Nazi-Looted Art (ABA Publishing).

Expropriation Exception Saves Case, But District Court Holds Commercial Activity Exception Does Not Apply, Claims to Two of the Paintings at Issue are Dismissed as Well

The ongoing litigation between the heirs of Baron Mor Lipot Herzog and several state owned Hungarian museums has produced a new decision interpreting the scope of the Foreign Sovereign Immunities Act (FSIA), a frequent tool used to seek jurisdiction over Nazi-looted art claims brought in U.S. federal court. Relying on Supreme Court and D.C. Circuit cases in the last few months, the U.S. District Court held that claims for all but two of the paintings at issue can proceed under the FSIA’s “expropriation exception” codified in 28 U.S.C. § 1605(a)(3), but that the FSIA’s “commercial activity exception”—which the D.C. Circuit had held applicable in 2013 to the same case—could not be invoked based on the facts in the record developed in discovery. De Csepel v. Republic of Hungary, 2016 U.S. Dist. LEXIS 32111 (March 14, 2016).

Restitution of Constable Painting at the Tate Moves Ahead Again 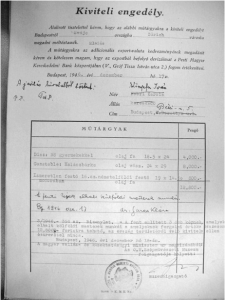 After putting on hold its prior recommendation back in March of this year, the United Kingdom Spoliation Advisory Panel has recommended that the Tate Gallery in London should return Beaching a Boat, Brighton by John Constable to heirs of Budapest-based (and Jewish) Baron Ferenc Hatvany. The Art Newspaper reports that the Spoliation Panel concluded that the 1946 export license at issue in the springtime uncertainty (located from the Budapest Museum of Fine Arts) was insufficient to overcome the conclusion that title to the looted painting had not passed lawfully. 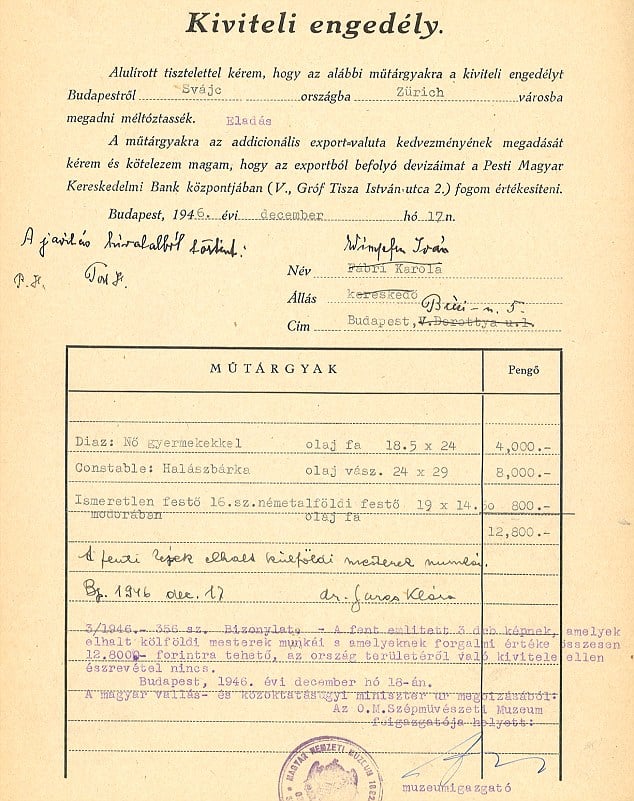 We reported recently on the possible change in the anticipated restitution of a John Constable painting in the Tate Gallery, London. After the United Kingdom Spoliation Advisory Panel recommended that Beaching a Boat, Brighton be returned to the heirs of Baron Ferenc Hatvany, the Tate issued a statement that it had received new information and was reviewing the recommendation.

The DC Circuit Court of Appeals has reinstated the entire set of claims brought by the Herzog heirs against the Hungarian National Gallery, the Budapest Museum of Fine Arts, the Museum of Applied Arts, and the Budapest University of Technology and Economics. The appellate decision focuses on the claim that an agreement was reached after WWII to hold the paintings for their owners, not the claims relating to their wartime fate. In so doing, the court pushed to the side a whole range of defenses for sovereign defendants that have been increasingly successful. The court also reinstated claims to ownership of 11 works whose title was previously litigated, in an opinion that sets a low bar for collateral attacks on foreign judgments.