Rich Man/Poor Man?  The Berkshire Museum and Why Deaccessioning is so Frustrating

Two wonderful museums recently announced plans to sell major works of art.  In one case, some 40 paintings, American masterpieces among them, will be sold at auction.  In another, more than 400 photographs will also be sold.  The former case has prompted a nationwide outcry, the latter…effectively nothing.  The differences and similarities between the two underscore the aspirational rules that govern what is known as “deaccessioning,” but also remind us that principles and the goals they are meant to reach are not always the same thing.

First Ripples in Greece from Parthenon Marble Loan to Russia 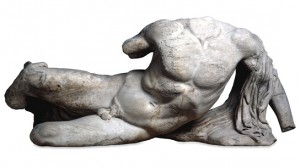 Last month it was revealed that the British Museum had loaned a sculpture from the Parthenon, a/k/a Elgin, Marbles to the State Hermitage Museum in St. Petersburg. Reaction ranged from puzzlement to fury. Lee Rosenbaum pondered whether the loan was in fact a trial balloon to prepare for litigation, specifically, to rebut Greece’s claim that the sculptures are a single unified work that should be returned with an argument that the collection of individual objects is more complicated. My reaction really boiled down to the “law” of unintended consequences: once the UK put any of the objects outside its territorial control—let alone in Russia, which has shown little interest in the niceties of international loans and restitution—the British Museum may find itself in a Portrait of Wally situation.

Not so Fast—Intervention into Corcoran Cy Pres Case Allowed for Current Students and Employees, “Save the Corcoran” Turned Away

The Washington Business Journal‘s Rebecca Cooper tweeted today from the courtroom today that District of Columbia Superior Court Judge Robert Okun has allowed in part the motion to intervene in the Corcoran Gallery cy prés petition. Reports are that current students of the College of Art + Design, as well as current Corcoran employees were allowed to intervene, while intervention was denied to the organization “Save the Corcoran” and past employees and students.

Reflecting on the recent argument by the Detroit Institute of Arts that the city of Detroit cannot legally sell, let alone be forced to sell, the artwork in the museum to satisfy creditor, some overlapping terminology creates the possibility of an important confusion. Particularly in the realm of deaccessioning, this distinctions are quite important. Meanwhile, the state of Michigan today approved its part of the “Grand Bargain” to subsidize the bankruptcy to avoid sale or encumbrance of the artwork.

The Barnes relocation, and challenges to it, are both in the news again. Apparently former Barnes CEO Kimberly Camp—who held that office when much of the push was made to justify the need to relocate to Center City in Philadelphia—posted a blog entry about the financial condition of the Foundation at the time. She writes: