Reflecting on the recent argument by the Detroit Institute of Arts that the city of Detroit cannot legally sell, let alone be forced to sell, the artwork in the museum to satisfy creditor, some overlapping terminology creates the possibility of an important confusion. Particularly in the realm of deaccessioning, this distinctions are quite important. Meanwhile, the state of Michigan today approved its part of the “Grand Bargain” to subsidize the bankruptcy to avoid sale or encumbrance of the artwork.

DIA as an Express Trust

DIA argues that while the city of Detroit was vested with ownership of the artwork, it did so only in trust. A trust is a particular legal and fiduciary relationship, and it may be either express or implied (DIA argues in the alternative that it is one or the other). Rather than outright ownership, a trustee takes the legal title to property for the benefit of another. That property can be personal property, like a painting, or “real” property, like land and a house (the opposite of real property is personal property, not fake property). While the trustee takes “legal” title—meaning he or she will take or sign deeds, or be otherwise identified as the person legally permitted to accept or convey out that property, she does not hold what is referred to as “equitable” title. Legal and equitable rights have been distinguished since English common law, and more or less refer to the difference between an identifiable, enforceable right (like a contract), and one grounded in fairness or justice. Trusts arose in medieval England as a way to avoid complicated laws of inheritance—if the trustee owns it for the benefit of another, when that person dies the benefit simply passes to another set of people. It remains a popular estate planning tool today for just that reason, and a common means of establishing charitable enterprises (like the Barnes Foundation or the Isabella Stewart Gardner Museum). What matters are the terms of the trust, whether they are written down, spoken orally, or implied from other circumstances.

As noted above, DIA argues that it is this construct that applies to the artwork. Specifically, the artwork was placed in trust pursuant to explicit agreements—in particular the 1997 Operating Agreement—for use as “art purposes.” The argument goes like this: the city of Detroit is the trustee, which while holding legal title to the artwork, does not hold the beneficial or equitable interest, DIA does. If that is correct, than the city has no more right to sell the artwork to pay its debts than the trustee of a museum would be allowed to sell any museum property to pay his personal debts. That is, Detroit is like a trustee on a board going through financial trouble; the property of the trust cannot be used (indeed it would be a conclusive breach of the fiduciary relationship). The property could only be used—and, under the right circumstances sold—for “art purposes.”

Deaccessioning and the “Public Trust”

DIA makes a persuasive argument. And while it may be tempting to look to apply that perspective to other deaccessioning battles, the temptation should be resisted.

The topic of deaccessioning—the decision by a museum to sell a work of art—is of course a fraught one. Readers will recall the panel presentation in which I participated at Columbia last fall. The battle lines shape up more or less as follows: the Association of Art Museum Directors (AAMD) and most museum industry consensus maintain that a museum should only sell a work of art to buy other works of art, or to care for art collections:

The principal justification for these policies is that museums, which enjoy charitable exemptions from tax and which exist for public-related purposes, hold their artwork “in the public trust.” That to sell artwork is a violation of that trust, and a betrayal of the advantages that those institutions enjoy.

I have clients who feel passionately about both sides of this issue. Smaller museums often feel the brunt of more strict application, because a few works may be the bulk of their assets. Donors, by contrast, are appalled when an institution they have nourished disgorges what they often earned and gave after hard work. Thanks to the increased focus on the issue, donors spend more attention at the time of gift to embed conditions that they can later enforce, rather than watch powerless, as Brandeis supporters did, when the university proposed to sell the Rose Art Museum collection in 2009, which was resolved only by agreement, not because the university was prevented.

So we have the varying examples of the reactions against the Pennsylvania Academy of Fine Arts for selling an Edward Hopper painting, the Albright-Knox Gallery’s sale of a bronze sculpture in 2007, or this year’s Delaware Art Museum deaccessioning plan. Roberta Smith of the New York Times (one of my co-panelists at Columbia last year) and Lee Rosenbaum are probably the most outspoken and articulate advocates of this view of deaccessioning (though often critical of the AAMD itself). The other side of the dispute is best stated by Donn Zaretsky at his blog. Donn (who was at the other side of the table at last year’s panel) is a pointed critic of what he calls the “Deaccessioning Police” and the logical inconsistencies that rigid enforcement of this doctrine can create. 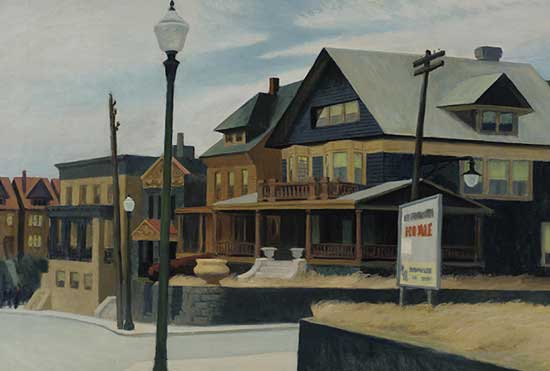 A Trust for the Public is Not a Public Trust

Whatever the fate of the DIA collection, itwill not rise or fall on the “public trust” argument, which is an ethical, not a legal, argument (except in New York, which does have regulations that codify the AAMD principles, or more less). And, in turn, other museums proposing to deaccession objects will not be prevented from doing under a “public trust” justification so if DIA prevails in this case (if those museums are themselves trusts that may be different, of course). DIA will win this argument if the court agrees that there was an express or implied trust, and the city is a trustee. As both DIA and other deaccessioning debates rage on, bear these distinctions in mind.