A controversial painting removed from display at the U.S. Capitol will not be returning to display after the U.S. District Court denied a request for an injunction before the exhibition in question came to an end.  While the court acknowledged that St. Louis teenager David Pulphus’s Untitled #1 had been removed based on its viewpoint, it ultimately held that Pulphus was not the one “speaking,” the government was.  As such, it was free to do as it wished.  The court’s opinion carefully considered the factors that determine whether the speaker is the government or a private citizen, but as it acknowledged, the line can be hard to draw.  The opinion has implicationsfor other cases where art in public spaces stirs controversy. 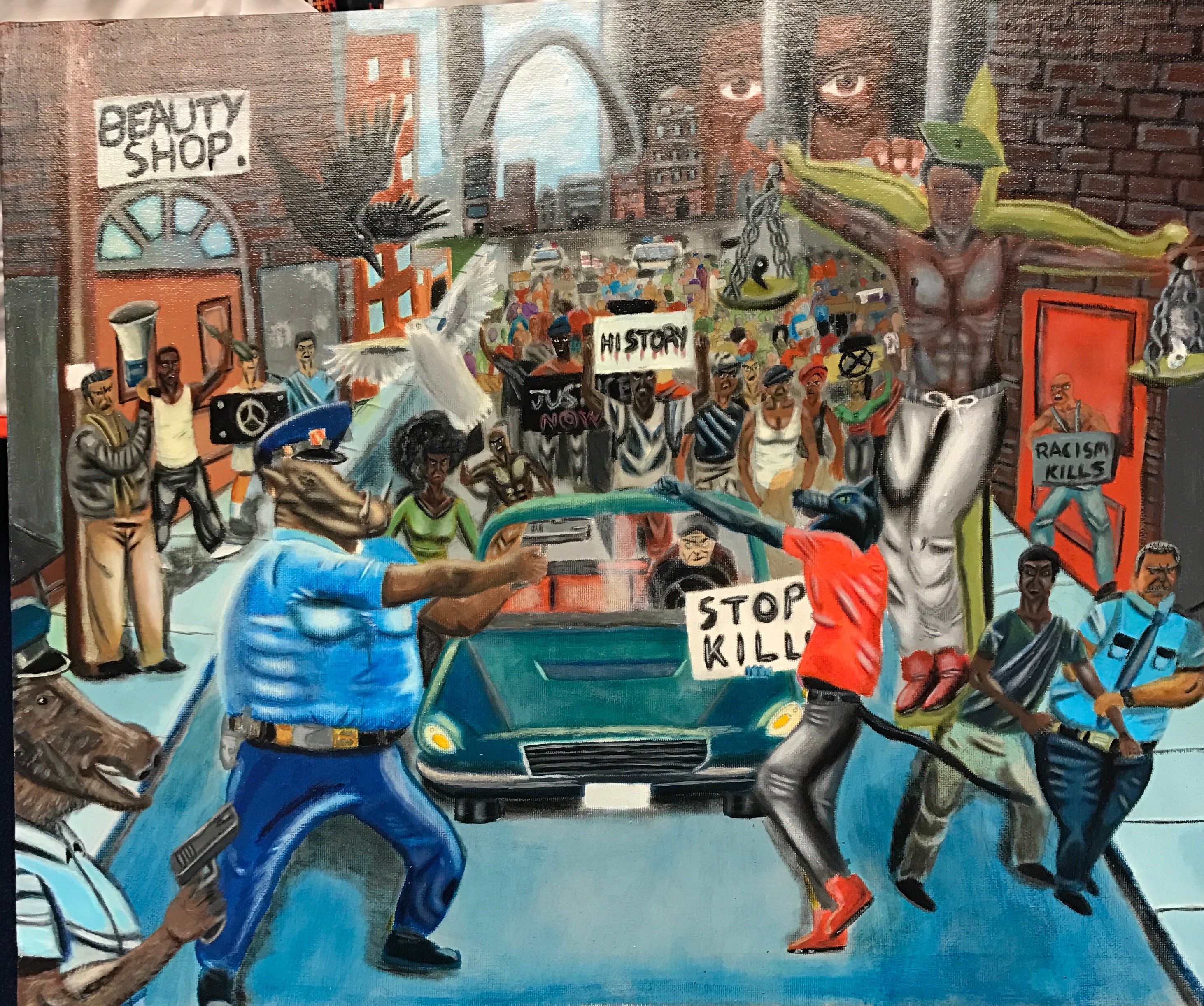 Two recent interventions by public authorities to remove controversial works of art underscore that, like last year’s Leonard Peltier painting dispute, the proper application of the First Amendment remains more elusive than it should.  In California, a state law prohibiting the display of the Confederate flag led to the removal of a specific painting from an exhibition, while north of Boston at Salem State University, a painting depicting figures in Ku Klux Klan robes was shut down entirely.  Together, these examples provide a useful of what state authorities can, and cannot do with regards to messages they find offensive.  The difference is very important.

Last fall we had occasion to address the extent to which public displays of art and attempts at controlling the content of them can run afoul of the First Amendment.  In that case, public outrage at artwork submitted by controversial Native American activist Leonard Peltier, who was convicted of murdering in 1975 two FBI agents, led to the removal of Peltier’s paintings by the public agency that had organized the exhibition.

A new controversy in Colorado has underscored similar First Amendment concerns.  On March 15, an exhibition of high school student art opened at the Wellington Webb Municipal Building in Denver.  One tenth grader submitted a painting that has set off a firestorm.  The background of the painting shows an American flag, which is peeling away at the center to reveal a Confederate battle flag.

Last May, a former Columbia University student sued the university over the circumstances around Emma Sulkowicz’s widely publicized “Mattress Project,” in which Sulkowicz vowed to carry a mattress around campus so long as the plaintiff, a man named Paul Nungesser whom Sulkowicz had accused of sexual assault, remained on campus. Nungesser’s lawsuit was dismissed on Friday. In addition to the interesting tactical aspects of the case—most prominently Nungesser’s decision to sue Columbia, but not Sulkowicz, who if Nungesser is to be believed has been defaming him—the dismissal is an important result in the growing campus battles over efforts to try to enforce prohibitions against expression or restrict the ability to give offense. In that sense the dismissal is a welcome result. 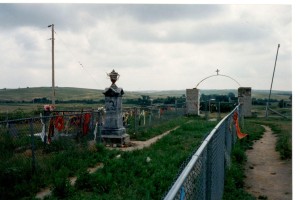 Back in June, sculptor Anish Kapoor installed the sculpture Dirty Corner on the grounds of the famous palace there. Kapoor, who can’t seem to avoid public controversy over his work, saw the sculpture first become the object of debate with regard to its form itself, specifically, the suggestion that the shape of the large work was anatomical. Kapoor coyly fostered speculations about what it was meant to represent, but ultimately demurred that his “work has multiple interpretive possibilities." With recent vandalism and a court order that he remove the graffiti, however, the story has turned into one more about free expression and compelled speech. So far, it does not have a happy ending.

Did Philadelphia Inadvertently Step on First Amendment and VARA in Painting Over Cosby Mural?

Few things have brought consensus recently more than the revulsion over the allegations against comedian Bill Cosby, a Philadelphia native. Yet in a desire to distance itself from Cosby, the city may have crossed a First Amendment line when a well-known mural entitled “Father’s Day” that depicts Cosby was painted over. And even if the city did not run afoul of that constitutional protection, the artist of the mural may have had under the Visual Artists Rights Act of 1990, 17 U.S.C. § 106A (VARA) rights too. Ultimately it will come down to whether the artist or artists object to the fact or the timing of the removal—an objection that would not necessarily be any endorsement or support of Cosby (or have anything at all to do with Cosby), but which might relate more to the right of expression.