Is Graffiti Ineligible for Copyright Protection Just Because the Act of Tagging is Illegal?

After reports of a settlement proved premature, designer Moschino S.p.A. and its creative director Jeremy Scott have moved for summary judgment on the copyright claims filed last year by street artist Joseph Tierney, better known as “Rime.” The motion raises a number of arguments, but the most significant is the contention that Tierney’s work, as graffiti, is ineligible for copyright protection in the first instance. The view here is that defendants are mistaken about the eligibility question. And even if defendants can convince the court that they are right about the legal question of the availability of copyright for street art or graffiti, Tierney’s factual rebuttal on the question of whether had permission to create the art that was used in Moschino’s clothing designs makes it hard to imagine that they could convince the court that there are no material facts in dispute—the applicable standard for a motion for summary judgment. It will be very interesting too to see how the court grapples with questions about whether characters and symbols can be copyright management information (CMI) under the Digital Millennium Copyright Act (DMCA, 17 U.S.C. § 1202).

Last year street artist Joseph Tierney, better known as “Rime,” sued designer Moschino S.p.A. and its creative director, Jeremy Scott, for a variety of copyright and trademark claims based on the alleged use of Rime’s works in certain fashion lines. The presiding court has denied Moschino’s efforts to have the claim dismissed in a decision that provides an important, if implicit, endorsement of the rights of street artists under the Copyright Act, and of a novel theory under the DMCA. While some reports stated that the case was now going to trial, it is not there quite yet. It will now presumably head into discovery for the exchange of facts and information to see if there is in fact a need for a trial later. 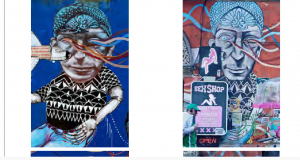 Back in October, we surveyed some developments in lawsuits over public art and protection available under copyright law in graffiti art. There has been some movement, and other developments, in these cases.

Last year, the Ninth Circuit stood out amongst fair use decisions in its opinion in Seltzter v. Green Day, particularly in contrast to what has persuasively been dubbed the Second Circuit’s "know it when we see it" approach to transformativeness as annunciated in the Cariou v. Prince decision. By contrast, the potentially destabilizing effect of the Ninth Circuit’s highest profile copyright case in 2014 can scarcely be overstated. Unless and until the full court reverses a three-judge panel in Garcia v. Google, Inc., nearly every motion picture will be in peril of "infringement." The consequences for the First Amendment and for free expression would be devastating. Although it was not raised, expect fair use to come into play if the decision stands and the case heads back to the trial court. The film is clearly transformative precisely because the plaintiff argues that her performance was unknowingly changed in service of a message she found offensive. 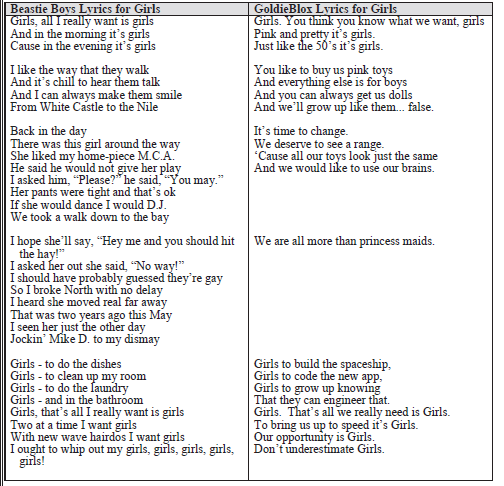 One of the lurking issues in the murky waters of copyright fair use is the takedown notice provision of the Digital Millennium Copyright Act of 1998 (the “DMCA”). The DMCA, codified at 17 U.S.C. § 512, implements two 1996 World Intellectual Property Organization treaties and absolves internet service providers (“ISPs”) who disable allegedly infringing content when notified by the copyright holder. In practice, this is known as a “takedown notice,” and serves to protect ISPs like YouTube from secondary infringement if a user posts something with infringing content (the easiest example being an unedited clip of a copyrighted movie). Copyright holders patrol the internet to various degrees, but § 512 gives the holders a tool to encourage compliance, and ISPs a way not to be sued out of existence.