No Buried Nazi Gold Train After All? 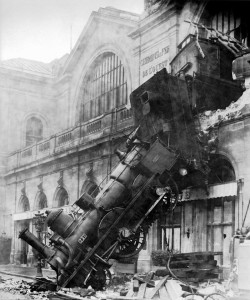 Back in September, we voiced curious skepticism about breathless reports of a buried train near Wrocław, formerly Breslau, in Poland.  Rumors of this “Nazi gold train” supposedly concealed at the end of World War II and filled with either gold, art, or both, had an odd mixture of plausibility and absurdity.  Yet Polish officials went on record confirming…something.  On August 28, 2015, Deputy Culture Minister Piotr Zuchowski stated at a press conference that he is “99 percent sure” that the government had located the train allegedly loaded with gold, gems, and perhaps artwork that was buried as the Soviet Red Army encircled Breslau in the last months of World War II.  “The train is 100 meters long and is protected,” Zuchowski said.

What to Make of Nazi “Gold Train” Supposedly Buried in Poland

I mostly ignored the initial twitterings about a supposedly secret train laden with gold and other Nazi-looted treasures that was buried somewhere near Wrocław, formerly Breslau, in Poland. My reasons were straightforward: just like supposed sightings of the Gardner Museum heist art, or the Amber Room, the story had all the hallmarks of a fable being peddled by someone who, perhaps not coincidentally, was suggesting that they be paid something for their trouble. Whether this is the next Gurlitt saga or just Al Capone’s vault, it’s too early to tell.