Last week the Art Law Committee of the New York City Bar Association hosted a terrific two-hour event. Entitled “Rethinking Art Authentication,” the discussion aimed to address a way forward from the problems of fakes, forgeries, and authentication lawsuits that have plagued the art market in recent years. It was a lively and fascinating evening.

“Copyrights on the Street” at Copyright Society Annual Meeting June 9, 2015

I am pleased to be participating in a panel discussion in two weeks at the Copyright Society of the U.S.A.’s annual meeting in Newport, Rhode Island. The panel, entitled “Copyrights on the Street: Creating and Preserving Graffiti and Other Art in Public Spaces,” will explore:

We reported recently on a new lawsuit in California invoking the Visual Artists Rights Act (VARA) in the context of a mural by Victor Henderson, of the Los Angeles Fine Arts Squad. Henderson alleges that property owner Ralph Ziman had his “Brooks Avenue Painting” water blasted in 2013, thus destroying the integrity of his work and infringing on Henderson’s rights under VARA. 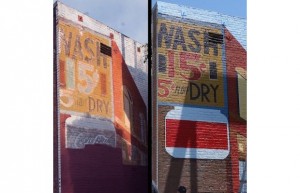 Lauren Clay, the David Smith Estate, David Dodde, and Fair Use: Are We Learning Anything?

A pair of recent disputes over sculpture, fair use and moral rights highlights the ongoing concern that Prince v. Cariou has made things worse, not better. The first concerns the estate of sculptor David Smith, and sculptor Lauren Clay. As Art in America put it, “Clay's works replicate the shapes of Smith's large metal ‘Cubi’ sculptures at tabletop scale in materials such as paper, and with faux wood grain or marble finishes.’ The Smith estate, through its reprsentatives at VAGA, took issue with this as a violation of Smith’s copyright. During the discussion, VAGA apparently proposed an agreement in which Clay would agree either not to sell the works, or only to display them with a disclaimer that the works were not authorized.

Picking up a torch last carried by the late Sen. Edward Kennedy, lobbying efforts are underway to enact into U.S. federal law a droit de suite right enjoyed in the U.K. and elsewhere, that is, a right for an artist to be compensated upon subsequent sales of his or her work. American law has long resisted the concept of secondary market compensation for artists, and Kennedy’s efforts to write droite de suite into American law failed in the course of the enactment of the Visual Artists Rights Act in 1987. European nations have struggled to quantify the effect of inconsistent droite de suite legislation; some argue that the piecemeal regime has simply pushed sales into countries without it, others note that U.K. art sales have continued to rise.