Gurlitt Bequest to Kunstmuseum Bern is Upheld, Little Else Resolved

A Munich court ruled last week that the will written by Cornelius Gurlitt in the last days of his life that named the Kunstmuseum Bern (an institution with which he had no relationship whatsoever) was valid, rejecting a challenge by Gurlitt’s cousin Uta Werner. It is emblematic of the strange case of Gurlitt and of German’s bizarre handling of the affair, that this decision resolves very few of the pending issues.

In a story that never fails to provide new twists and turns, the Kunstmseum Bern, apparently with the collaboration of the German government, is now contesting the idea that the only thing holding up restitution of the works identified as Nazi-looted by the Gurlitt Task Force is the will contest by Cornelius Gurlitt's cousin Uta Werner. Instead, they are now blaming the claimants themselves for the delay in restituting Seated Woman by Henri Matisse, The Cardplayers, by Carl Spitzweg, and Two Riders on the Beach, by Max Liebermann, to the Rosenberg, Henrichnsen, and Friedmann/Toren families, respectively.

Gurlitt Task Force Makes First Determination that Matisse "Seated Woman" Was Stolen From Rosenbergs; Questions Remain About What Happens Next 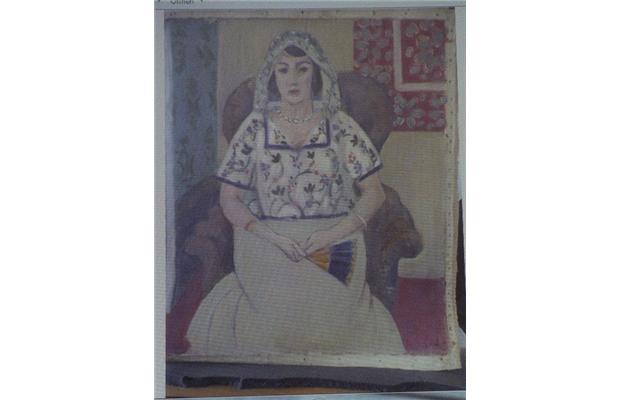 The Gurlitt Task Force has issued its first public conclusion about the status of work amongst the collection found in Cornelius Gurlitt's apartment. Chair Ingebeborg Berggreen-Merkel issued a statement today that (my translation):

Cornelius Gurlitt Passes Away, Questions Remain About Recent Deal and Fate of Collection

Cornelius Gurlitt died yesterday, six months after his art collection was revealed to the world in a Focus article, and less than a month after striking a deal with Bavarian prosecutors over the 1,280 paintings and works of art seized from his apartment as part of a tax investigation. Although that brings the investigation that initially led to the seizure to an end, many questions remain about what will happen to the deal that he made, and to the works of art in Austria not covered by that deal

Breakthrough? Gurlitt Signs Agreement with Germany For Continued Research and Commits to Return of Art

On the heels of last night’s “60 Minutes” treatment of the Gurlitt saga (which featured Willi Korte and Ingeborg Berggreen-Merkel, two participants at January’s Ersessene Kunst-Der Fall Gurlitt at which I also spoke), news has come today that Cornelius Gurlitt has signed an agreement with the German federal government and the Bavarian Ministry of Justice with respect to the artworks taken from his apartment in 2012. Where recent statements that he intended to return what had been stolen left that outcome entirely to his discretion, he now seems to have committed expressly to some sort of return protocol. The precise details are still unknown.

Gurlitt "Wants" to Return “All Pictures Stolen or Looted from Jewish Possession”—But Stolen According to Whom?

Christoph Edel, lawyer and guardian for Cornelius Gurlitt, told the Süddeutsche Zeitung today that his client wants to return “all pictures stolen or looted from Jewish possession.” Although this has set Twitter and the Internet ablaze with the news, the statement deserves careful scrutiny in light of Gurlitt’s strategy over the last two months. The likeliest meaning is that Gurlitt intends to return those works that he believes were stolen from Jews—a total he himself put at less than three percent of the 1,280 works found in his apartment, over 900 of which the Scwabinger Task Force has declared to be suspect. Note too that a slight mistranslation has already gotten into circulation. Whereas Edel told the SZ that Gurlitt "wants" to return those paintings, the German conjugation of want (will) was cited as a statement that he will (in English) return them. Not so fast, as they say.

The German government has released an initial list of twenty five works among the collection seized from the Munich (Schwabing) apartment of Cornelius Gurlitt, the most significant discovery of possibly looted art since the end of World War II. The list is posted at www.lostart.de, a hitherto little-known website of the Coordination Point for Cultural Losses (Die Koordinierungsstelle für Kulturgutverluste ) in Magdeburg, which administers claims for cultural losses against the German state. The website has been overwhelmed with traffic (I have yet to load the page successfully), sparking fresh criticism of the government’s handling of the issue, but giving credit where due, the Merkel government has moved swiftly to begin these disclosures. As we predicted, the national government simply could not allow this question to fester and be stonewalled; earlier this week foreign minister Guido Westerwelle noted the risk that delay posed to “trust that we have built over many decades” after World War II. The question now will be whether it continues in a comprehensive way until the full list is released.

German Museums Join in Demands for More Information About Gurlitt; Links to the Amber Room Theorized; Dix Painting Was Not Unknown

Der Spiegel reports today (link in German) about how German museums are joining the chorus of frustration about the lack of information about the Hildebrand and Cornelius Gurlitt collection find. From this perspective, this development is not a surprise. I was speaking to an international law class last night at Sarah Lawrence College, and one of the students asked me what the reaction in Germany would be. My feeling was that sooner rather than later, the German museum community, and likely the federal government, will push for a forward-looking solution. Present-day Germany takes questions about the Holocaust quite seriously, and for this collection to have turned up in Germany is sparking an embarrassment that could lead to more decisive action. The problem right now seems to be that everyone is waiting for someone else to make the first move.