Early last week the online auctioneer Paddle 8 filed for Chapter 11 bankruptcy in the Southern District of New York, on the heels of a recent lawsuit demanding payment for works of art sold at a charitable auction last November. While the Paddle 8 bankruptcy seems to have been driven by business conditions long before the complete upheaval of the art and business world due to COVID19, it is all but certain now that the cascading closures of businesses large and small for the foreseeable future will bring a wave of bankruptcies in the months and year to come. As such, taking a closer look at the Paddle 8 situation can be instructive for art market participants of all sorts, particularly with respect to the consignment and sale of art. Put simply, most businesses are going to need to think very soon about their roles as creditors who are owed some good or service, in the hopes of avoiding becoming debtors who need the help of bankruptcy laws to reorganize or stave off liquidation.

Reactions to the Richard Prince Instagram story continue to filter in, and highlight the perpetual confusion between what is publicly available and what is in the public domain. They are not the same thing, with important legal consequences.

Kunstmuseum Bern Blames Gurlitt Restitution Delay on Will Contest, Claimants Are Having None of it

We recently discussed how the will contest concerning the will in which Cornelius Gurlitt left his estate to the Kunstmuseum Bern was complicating efforts to restitute any Nazi-looted works within the collection. Since the will contest, in and it itself, certainly seemed plausible, the resulting effect it could have on returning questionable works was not hard to see.

After word got around that the American Royalties Too Act of 2014 had expired, (covered by Whitney Kimball at ArtFCity, Coline Milliard at ArtNet here, and Jillian Steinhauer at Hyperallergic here), the natural question of course remains, “what’s next.” Steinhauser spoke to John Doty, director of Jerrold Nadler’s office. Doty said, “Congressman Nadler does plan to reintroduce the bill this Congress. An exact date and exact bill language have not yet been decided.

Changes in U.S. Law Regarding Cuba Will Affect the Arts

This week’s biggest news story (apart from Above the Law’s Awesome Law Blogs of 2014) is the historic reopening of diplomatic relations between the United States and Cuba after more than fifty years. Like a coda to the end of the Cold War, we all found ourselves watching the President of the United States describing how there will once again be a U.S. embassy in Cuba. For those of us who have not been alive as long as diplomatic ties have been severed and the Castro regime has been in place, it was a remarkable sight indeed.

The Fifth Circuit Court of Appeals has overturned a Tax Court decision in a ruling that has major implications for estate planning and works of art. While the central basis for the decision in favor of the Estate of James Elkins was the inexplicable failure by the IRS to rebut the taxpayer’s evidence, the decision nonetheless offers guidance for an important estate planning tool: fractional interests. Eileen Kinsella has also analyzed the case at Art Net (I’m quoted) here.

Audio Now Available of “Art Fairs: An Irresistible Force In The Art World?” at Sotheby’s Institute

I took part in a panel discussion at the Sotheby’s Institute on May 27, 2014 entitled “Art Fairs: An Irresistible Force In The Art World?”

Reactions and Reviews of “Art Fairs: An Irresistible Force In The Art World?” At Sotheby’s Institute Last Week 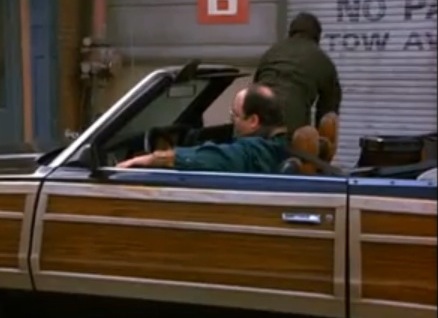 I took part in last week’s panel discussion at the Sotheby’s Institute entitled “Art Fairs: An Irresistible Force In The Art World?” Moderated by Judith Prowda, the panel was comprised of Edward Winkleman, Elizabeth Dee, Richard Lehun, and me. We reviewed the financial, practical, ethical, and legal effects that the expansion of art fairs has had on the trade.