As reported initially, Judge Robert Okun of the District of Columbia Superior Court allowed yesterday the cy prés petition by the trustees of the Corcoran Gallery and the Corcoran College of Art + Design. The full opinion can be read here. The petition asked to reform the trust of William Corcoran to permit a merger with the National Gallery of Art and George Washington University, a merger that will now proceed. The ruling addresses the financial condition of the Corcoran at length, but what is perhaps most interesting is the court’s acceptance of a central argument made by the Corcoran that selling its artwork to shore up its finances was an unacceptable way to proceed. This adopts the view, espoused most prominently by the American Alliance of Museums (AAM) and the Association of Art Museum Directors (AAMD), that deaccessioning for anything other than the purchase or care of art is anathema. Right or wrong, that acceptance in this opinion should have long lasting effects. Framing the question in this way was a work of skilled lawyering by the Corcoran’s attorneys, and kudos must go as well to the interveners and their counsel, without whom the other side of the story would have had no advocates at the trial. Those interveners have stated that they do not intend to appeal, meaning the case is over. Jayme McLellan, founder of Save the Corcoran, issued a statement after the ruling that “The Corcoran as we know it is gone. We fought the good fight." Incidentally, in response to our earlier reporting of McLellan’s role, I received an e-mail yesterday from Mimi Carter, the Corcoran’s Vice President, Marketing & Communication. Ms. Carter stated “Jayme McLellan was not fired from the Corcoran. She resigned in 2012, as mentioned on the first day of court hearings, citing differences with leadership. While there was a miscommunication with Ms. McLellan because of a lack of internal systems, due to a diminished staff and finances, she was not offered a contract to teach this coming Fall. Statements of retaliation are simply false.”

Lauren Clay, the David Smith Estate, David Dodde, and Fair Use: Are We Learning Anything? 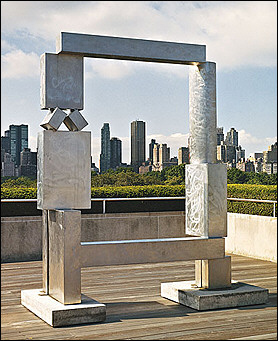 A pair of recent disputes over sculpture, fair use and moral rights highlights the ongoing concern that Prince v. Cariou has made things worse, not better. The first concerns the estate of sculptor David Smith, and sculptor Lauren Clay. As Art in America put it, “Clay's works replicate the shapes of Smith's large metal ‘Cubi’ sculptures at tabletop scale in materials such as paper, and with faux wood grain or marble finishes.’ The Smith estate, through its reprsentatives at VAGA, took issue with this as a violation of Smith’s copyright. During the discussion, VAGA apparently proposed an agreement in which Clay would agree either not to sell the works, or only to display them with a disclaimer that the works were not authorized.