A federal appeals court has upheld the growing consensus that the Foreign Sovereign Immunities Act (FSIA) confers jurisdiction over foreign state actors in possession of art allegedly looted by and/or overseen by the Nazis.  Upholding last year’s District Court decision, the U.S. Court of Appeals for the D.C. Circuit affirmed the ruling in De Csepel v. Republic of Hungary that denied several Budapest museums’ motion to dismiss, while allowing the Republic of Hungary itself out of the case.  This is the heirs second successful trip to the appellate court, where their claims were upheld in 2013.  The case is the subject of a chapter in my newly-released book A Tragic Fate--Law and Ethics in the Battle Over Nazi-Looted Art (ABA Publishing). 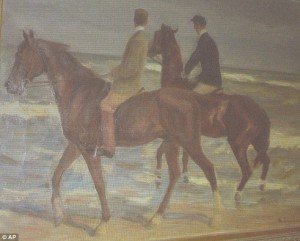 When I spoke in Heidelberg in January at the Institute for Jewish Studies conference “Appropriated Art—the Gurlitt Case,” one of the points I stressed in discussing U.S. restitution litigation was that the longer the Gurlitt case went unresolved (and do not be distracted by the “Voice of Russia” article that is being circulated as “Holocaust victims’ heirs to reclaim Nazi-looted artwork if Gurlitt bill passsed”­—it is not remotely a simple or likely as that), the more certain it would be that litigation would follow in the U.S. Gurlitt himself and his legal team have done their part recently to make any meaningful agreement impossible, and in the absence of unilateral action by Germany (which would probably be illegal), it has now come to pass. The first civil claim related to paintings seized from Cornelius Gurlitt’s apartment has now been filed by David Toren in the U.S. District Court for the District of Columbia against the Free State of Bavaria and the Federal Republic of Germany.