After nearly a year of hinting at changes the Advisory Commission in Germany that makes recommendations to state museums on claims for allegedly Nazi-looted works in their collections (“Beratende Kommission im Zusammenhang mit der Rückgabe NS-verfolgungsbedingt entzogener Kulturgüter, insbesondere aus jüdischem Besitz,” or “Advisory Commission on the return of cultural property seized as a result of Nazi persecution, especially Jewish property”), the federal government announced last week the addition of three new members.  Yet despite public outcry over the outdated and opaque procedures of the commission (better known as the Limbach Commission, in reference to the late Jutta Limbach, presiding member and former judge of the Constitutional Court), none of the fundamental flaws in the panel have been confronted or addressed.  Instead, the occasion has served as little more than another photo opportunity for federal Minister of Culture Monika Grütters, whose visage dutifully accompanies all the recent announcements.

As the original term of the Gurlitt Task Force (Taskforce Schwabinger Kunstfund) winds down, the panel has issued a report on a work that it deems appropriate for restitution: Interior of a Gothic Church (Inneres einer gottischen Kirche) by Adolph von Menzel (pencil drawing, signed/dated 1874). The drawing has been called Church in Hofgastein in some English language articles.

It has been almost two weeks since I filed my clients’ claims for restitution of the Guelph Treasure (Welfenschatz). 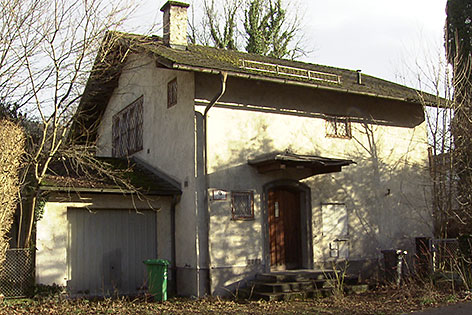 Cornelius Gurlitt Passes Away, Questions Remain About Recent Deal and Fate of Collection

Cornelius Gurlitt died yesterday, six months after his art collection was revealed to the world in a Focus article, and less than a month after striking a deal with Bavarian prosecutors over the 1,280 paintings and works of art seized from his apartment as part of a tax investigation. Although that brings the investigation that initially led to the seizure to an end, many questions remain about what will happen to the deal that he made, and to the works of art in Austria not covered by that deal

Gurlitt "Wants" to Return “All Pictures Stolen or Looted from Jewish Possession”—But Stolen According to Whom?

Christoph Edel, lawyer and guardian for Cornelius Gurlitt, told the Süddeutsche Zeitung today that his client wants to return “all pictures stolen or looted from Jewish possession.” Although this has set Twitter and the Internet ablaze with the news, the statement deserves careful scrutiny in light of Gurlitt’s strategy over the last two months. The likeliest meaning is that Gurlitt intends to return those works that he believes were stolen from Jews—a total he himself put at less than three percent of the 1,280 works found in his apartment, over 900 of which the Scwabinger Task Force has declared to be suspect. Note too that a slight mistranslation has already gotten into circulation. Whereas Edel told the SZ that Gurlitt "wants" to return those paintings, the German conjugation of want (will) was cited as a statement that he will (in English) return them. Not so fast, as they say.

The Bavarian prosecutor held a press conference today to discuss the revelation this weekend in Focus that nearly 1,400 paintings had been found in the Munich apartment of Cornelius Gurlitt two years ago, after he aroused suspicion by bringing a large amount of cash back into Germany from Switzerland in 2010. This continues to shape up as the biggest restitution story in decades, perhaps ever. Among the key updates provided today by Sigfried Köble and Reinhard Nemetz, the customs official and prosecutor in charge, respectively: