We reported last week on the outrage over the decision by Germany and the Stiftung Preussischer Kulturbesitz (SPK) to argue in their motion to dismiss my clients’ claims to the Welfenschatz that a commercial interaction between German Jews and a cabal instigated by Hermann Goering in 1935 “predated the Holocaust by several years.” As we noted last week, the suggestion that the Holocaust was a distant possibility in 1935 was an indefensible statement, factually, historically, and ethically. The initial reaction was swift and severe. As Germany gets ready to host the First Conference of the German Centre for Cultural Property Losses next week, its policies are hurtling in the wrong direction. 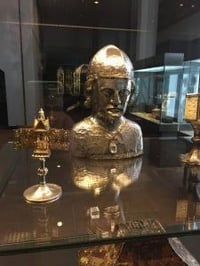 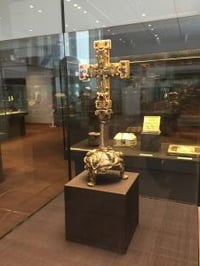 The tide of response from historians is surging and unanimous. Asked specifically about the assertion in Germany’s motion, a veritable who’s-who of Holocaust historians took issue with the statement in a manner that ranged from bewilderment to disgust with adjectives like “shameful” and “ludicrous.”

“If you define the Holocaust as the killing of Jews, it began in the summer of 1941,” she said. “But to ignore the terrible persecution and prejudice and limitations placed on the lives of Jews that started in 1933 is ludicrous. … It is a cheap shot. It was a forced sale because Jews were forced to sell things because they were denied the right to make a living.”

“The idea that the ‘Holocaust’ started with the war is wrong,” she said. “Social death started in 1933 and physical death followed. Indeed, many Jewish men died in concentration camps directly after Kristallnacht [November 1938] — well before the war.”

Lastly, no less than Timothy Snyder of Yale University, author of one of the very best (of the many) Holocaust histories I have read (Bloodlands) as well as the new and critically-acclaimed Black Earth: The Holocaust as History and Warning, told Jewish Week that (emphasis added):

“The reasons why people would want to get out of Germany and be compelled to sell things begins in 1933,” he said. “Their [the German government’s] argument is shameful. It means that unless there was mass murder, nobody was discriminated against. The fact that they killed many of the people later does not mean it was alright to discriminate against them earlier. Nobody would say that. All of the historians who work on the Holocaust focus on the discrimination that began in the 1930s.”

My co-counsel Mel Urbach was quoted eloquently on the point in the Jewish Week today: “We see a pattern here where Germany is revising the Holocaust and using technicalities [defenses such as the statute of limitations] to disrespect the suffering of so many people during the early years of the Nazi regime.” As our other co-counsel Markus Stoetzel reminded, Allied law was clear from even before the war ended that such transactions were invalid.

In addition, others are starting to see the unfortunate threads of German policy in the past year on the question of terror in the early Nazi regime and revisionism. As we ourselves have argued since March, the Behrens case in which the Advisory Commission concluded that a sale by a banker in 1935 was not coercive because of the shoddy conclusion that it is somehow “undisputed by historical scholars that during the first years of the ‘Third Reich' Jewish private banks were not directly affected” is nothing less than revisionism in its own right by the same commission that did not recommend restitution of my clients’ claims. A recent article by Henning Kahmann and Varda Neumann points out that this is pure rubbish. Kahmann and Neumann cite a 2006 decision by the Federal Administrative Court in Germany that made very clear that oppression began the very day Hitler assumed power (emphasis added):

There can be no question that citizens of Jewish descent did belong to the category of persons collectively persecuted since January 30, 1933, as there was an intention from the very outset to exclude all Jews from economic and cultural life in Germany. In the case of citizens of Jewish descent it is impossible to draw distinctions according to professional categories which legislative measures excluded from professional life at a different point in time. Thus, civil servants of Jewish descent had for the main part already been removed from the civil service in April 1933 as a consequence of the Law for the Restoration of the Professional Civil Service [Gesetz zur Wiederherstellung des Berufsbeamtentums] of April 7, 1933. This does not, however, allow one to infer that Jewish people in general did not face collective persecution before September 15, 1935, based on the argument that it was only then that the Reich Citizenship Law defined who should be regarded as a Jew.

Kahmann and Neumann point out that the Advisory Commission failed to apply correctly the presumption that Behrens was the victim of a forced sale and put the burden of proof on the current possessors to prove the legitimacy of the transaction. So it is with the Welfenschatz.

Faced with all this, and asked for comment, the German embassy trotted out its rote defense of the transaction and jurisdictional challenge, failing even to answer the question it was asked: why would Germany adopt this revisionist stance? The world is still waiting for an answer.