The Treasury Department’s Financial Crimes Enforcement Network (FinCEN) today published in the Federal Register notice of proposed regulations related to the implementation of amendments to the Bank Secrecy Act (BSA) regarding the trade in antiquities pursuant to last year’s Anti-Money Laundering Act. After relative silence over the nine months since the AMLA was passed as part of the National Defense Authorization Act, FinCEN somewhat surprisingly still has not drafted any proposed regulations, but rather seeks additional comment on a series of substantive questions. This effort to gather meaningful data is a positive step, but raises concerns about interested parties’ ability to respond by the 30 day deadline, and whether FinCEN will have time to incorporate those comments into regulations that must be promulgated (after further public notice and comment) by the end of 2021. 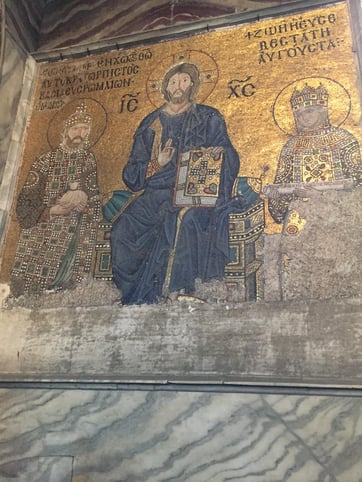 How ancient is ancient enough?

The AMLA brought “dealers in antiquities” within the Bank Secrecy Act and commissioned a study of the art market. In March, FinCEN issued a notice of “Efforts Related to Trade in Antiquities and Art” that leaned on those already subject to the BSA to consider the role of art in their AML procedures: “Financial institutions with existing BSA obligations, including the reporting of suspicious activity, should be aware that illicit activity associated with the trade in antiquities and art may involve their institutions.”

It has now been nine of the twelve months that FinCEN has to issue regulations under the AMLA, yet FinCEN gave notice today that it has not really even begun to draft them. The notice poses a number of queries, seeking input on, among other things:

Like the AMLA, the notice does not define “Trade in Antiquities,” but seeks input on how that term should be defined. In a vacuum that is a welcome solicitation, but alarmingly late. Is the third century AD “antiquity”? What about the fifth century? Byzantium? Pre-Colombian artifacts from the Western Hemisphere? Which ones and how recent? These are nuanced questions, and that is just the starting point. This is all against a backdrop that (like the notice in March) assumes rampant criminality and essentially demands that the market prove a negative.

The request for comment leaves much work to be done. As we have been saying for years now, regulators have their sights on the art market, and the art market must decide what it wants to say about its own practices. There is no time to waste and no time (yet) to complain. Art market participants, intermediaries, attorneys, and advisors should roll up their sleeves and discuss—together—how to inform the regulations to come. Watch this page for further developments.