Among the various catalysts for this discussion is the fascinating development of the Humboldt Forum in Berlin on Unter den Linden in the heart of the historic center of the city.  The Humboldt Forum is a replica of the old Berlin Stadtschloss of Frederick the Great, which was badly damaged in World War II and torn down by the East German (DDR) government.  That building was eventually replaced by the Palast der Republik, a 1976 concrete and glass monument to East German Communism that housed Volkskammer, the East German legislature of the ruling SED (such as it was), as well as concert halls, art galleries, even a bowling alley.  The Palast der Republik also contained, unfortunately, massive amounts of asbestos, so notwithstanding its complicated relationship with the Communist era, it was torn down in 2006.  Later that decade it was decided to rebuild a copy of the Stadtschloss, a decision that was met with mixed reviews for its lack of imagination, as well as the Stadtschloss’s connection to the more militant aspects of German history. 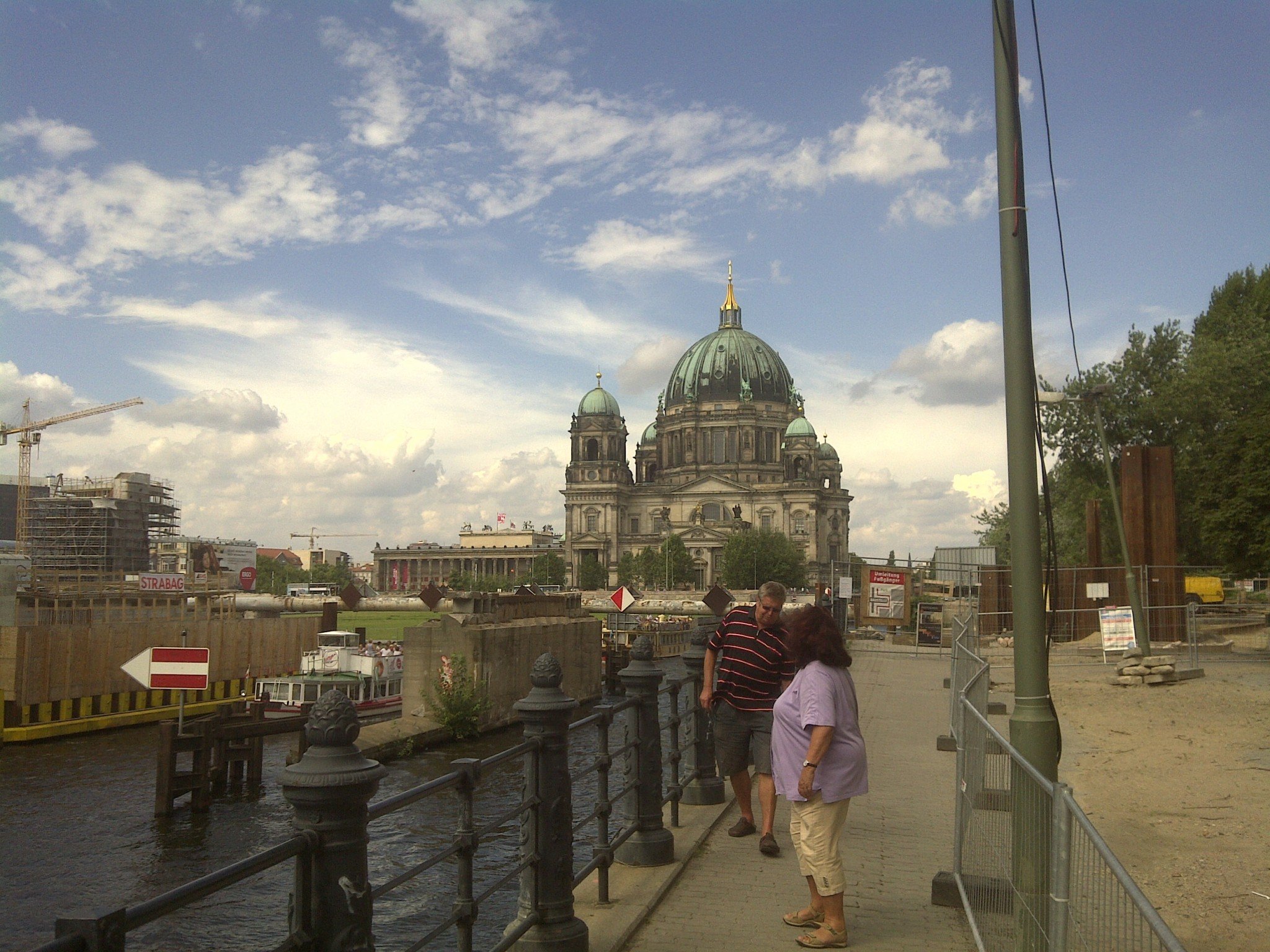 That replica will house the Humboldt Forum, the new home of the archeological and ethnographic collections in Dahlem (the Ethnological Museum), one of the Staatliche Museen zu Berlin administered by the Stiftung Preussischer Kulturbesitz (SPK).  As an aside, the Dahlem complex was a wondrous, sprawling campus that was also adjacent to the Gemäldegalerie, both relics of West Germany now moving to the reunified city center.  A useful overview of the transfer project can be found here.

Last week the German Federal Ministry of Culture, Media, and Sport announced a collective declaration with Germany’s 16 federal states, or Länder, on the question of colonial artifacts.  The announcement is accompanied by the agreement itself, thus far available only in German as far as I now.  I endeavor to summarize or translate relevant passages hereafter.

The declaration makes a statement of policy early on, with reference to the 1970 UNESCO Convention (my translation):

in our understanding, all peoples should have the opportunity to encounter their rich material cultural heritage in their countries of origin and societies of origin, so as to engage with it and pass it on to future generations.

The declaration is not limited to former German colonial areas, but instead acknowledges the “forcible appropriation of cultural goods in connection with European colonialism.”  It bears noting in this respect that Germany recently succeeded in obtaining dismissal on jurisdictional grounds of a U.S. lawsuit grounded in allegations about the deaths of tens of thousands of Herero and Nama peoples in the late 19th and early 20th centuries in present-day Namibia, which was once colonial German South West Africa.

The new collective declaration places specific emphasis on the need to address human remains.  German museums’ commitment to the International Council of Museums’ (ICOM’s) Ethical Guidelines, but that begs the question of what is new.

The topics and action items listed cover roughly three pages.  The first deal with encouraging transparency and documentation, particularly digitalization.  Second, provenance research is exhorted as critical to a better understanding; not so much in the sense of title questions that we discuss here often, but to coming to a modern view of the circumstances in which objects left their countries of origin and how the societies there would have viewed or consented to that removal.  The agreement notes specifically that not all cultural property was forcibly removed.  The answers to all these inquires should inform the presentation of objects, the agreement states further.

On the question of restitution, the agreement has this to say: human remains should be returned (no qualifier), and cultural property that was removed in a manner “no longer ethically acceptable” should be identified.  Restitution requests are to be addressed in a timely manner, but institutions should not wait for requests to begin the relevant work.

This is all good news, particularly the command not to wait for claims, but it is premature to declare any real accomplishment.  Readers of the Art Law Report will be familiar without our skepticism of mission statements like this from the German government.  The phrase “Collective Declaration” is shorthand in the Nazi-looted context for a similarly-structured agreement between Germany and the Länder that has played an important role, but the application of which remains controversial.  As with the “fair and just solutions” of the Washington Principles on Nazi-Confiscated Art, “no longer ethically acceptable” admits of a wide range of interpretations.  Who makes that decision, the museum, or the claimant nation or society?

As always, the proof of the pudding is in the eating, and nothing has actually been done yet.  One warning signal is the widely trumpeted announcement that the German government will devote 2 million euros to the project.  The collections of the German national collections, the museums of the 16 Länder, and the SPK (our adversary in the Welfenschatz case) are vast.  That sum is inadequate to address even a single museum of these objects, let alone the entire nation.

We have seen these announcements before, whether with regard to the Advisory Commission for Nazi-looted art claims, or the Deutsches Zentrum Kulturverluste—one worries what happens after the photo opportunity.

Let’s hope for the best.