The U.S. Court of Appeals for the Ninth Circuit yesterday affirmed the 2019 judgment that allowed the Thyssen-Bornemisza Collection Museum in Madrid to retain Camille Pissarro’s Rue St. Honoré, après-midi, effet de pluie (Rue St. Honoré, Afternoon, Rain Effect) (1892), a painting sold under duress by Lilly Cassirer to a Nazi in 1939. Absent rehearing by the full Ninth Circuit or Supreme Court review, the decision may bring to an end the Cassirers decades-old effort to win restitution of a painting that no one disputes is Nazi-looted art, yet the museum refuses to return. The result turns on the highly deferential standard of review for findings of fact by the trial court about the state of knowledge by Baron Hans-Heinrich Thyssen-Bornemisza when he acquired the painting in 1976. Yet the Ninth Circuit’s lack of enthusiasm for this result fairly leaps off the page, however, first with its decision to issue an unsigned opinion not for publication, and by seconding the District Court’s disappointment in the ruling under review “that Spain and TBC’s refusal to return the Painting to the Cassirers is inconsistent with Spain’s moral commitments under the Washington Principles [on Nazi-Confiscated Art] and Terezin Declaration.” The Court of Appeals’ statement about Spain and the museum that “It is perhaps unfortunate that a country and a government can preen as moralistic in its declarations, yet not be bound by those declarations” is a reminder of the limitations of these moral imperatives that, ironically, many current possessors argue are sufficient to address the problem of Nazi-looted art. It is absolutely true that moral principles often do not have the force of law. It is equally true, however, that flouting moral principles warrants moral sanction. And as multiple judges of the United States have found, Spain deserves just that. 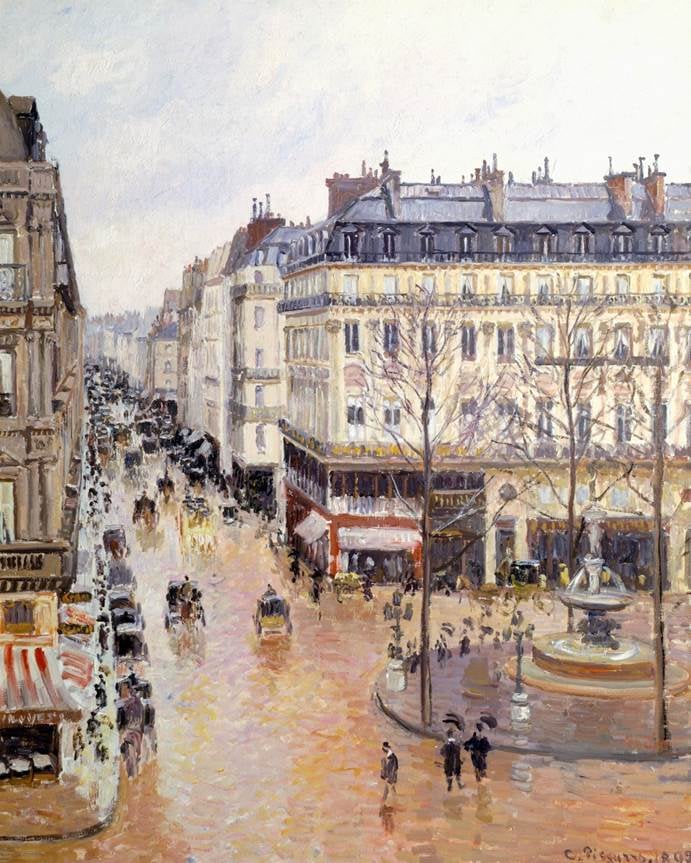 My book A Tragic Fate—Law and Ethics in the Battle Over Nazi-Looted Art begins opens with a discussion of the Cassirer case. The case is emblematic because it intersects with many of the recurring issues with disputes over Nazi-confiscated art: the passage of time, the reach of U.S. courts over objects and defendants abroad, disagreements about the reach of international agreements, and who should bear the loss in the event there are two possibly innocent parties—the original owner or a later buyer in good faith—and what constitutes a buyer in good faith.

The facts of the case are complicated and cannot be fully recited here. Briefly, however: in 1939, Lilly Cassirer was trying to obtain a visa to leave Germany. An official of the Reichskammer der bildenden Künste (Reich Chamber of the Visual Arts or RBK) obtained a warrant to search her home. This man, Jakob Scheidwimmer, expressed an interest in buying the Pissarro. Lilly later testified in 1951 that: “I went along with it, although I knew this price didn’t even remotely reflect its true value. Theoretically, I would have the option of trying to sell the painting to another Aryan art dealer….Furthermore, we had to consider the possibility that Scheidwimmer—we weren’t sure whether he had connections with the Gestapo—might take offense at our refusal to sell.” On March 16, 1939, they signed a contract for the painting for RM 900, which went into her blocked account. She left Germany on July 24, 1939 for England. She was billed RM 136,713 in flight taxes, and 104,800 in a Jewish asset tax—more than $4 million today. Her son Klaus was in France in the Pyrénées and was trapped when the war broke out. After a torturous journey through Morocco, he made it to New York where his father and stepmother had arrived earlier. He changed his named and lived the rest of his life as Claude Cassirer. Baron Hans Heinrich Thyssen-Bornemisza, a Dutch born Swiss industrialist (and client of Jacques Goudstikker), acquired the painting in 1976 at the Hahn Gallery, again in New York. He sold it, and his vast art collection, to the Kingdom of Spain in 1993, where it has hung ever since in the Thyssen-Bornemisza museum. 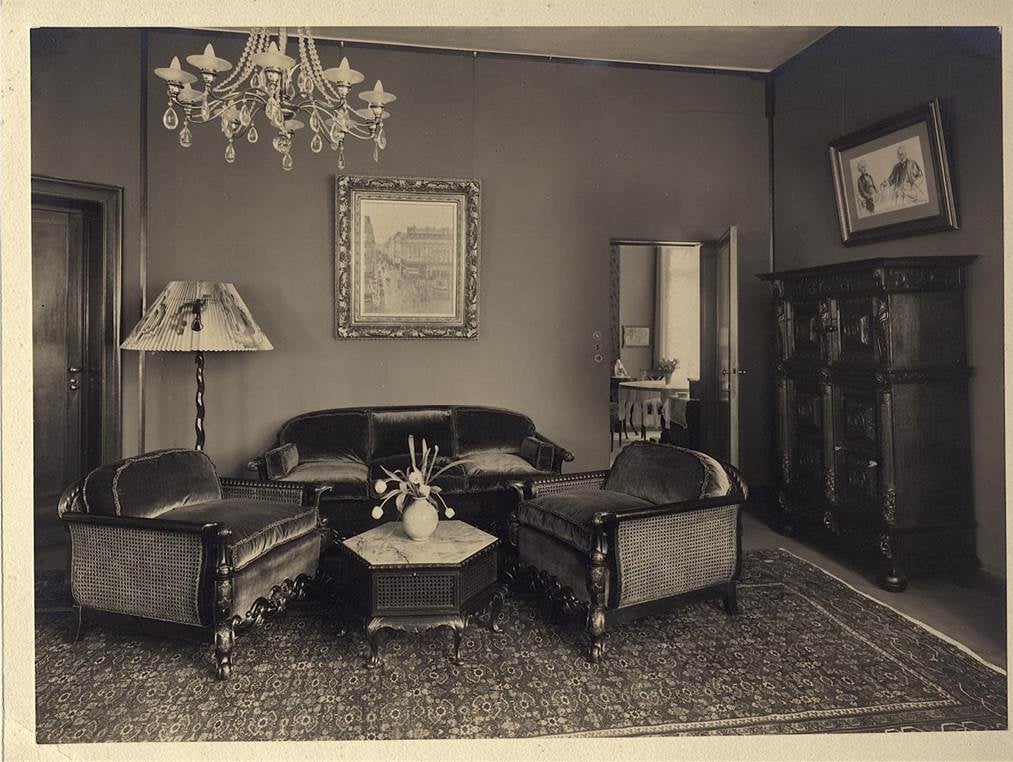 After unsuccessful attempts to negotiate a resolution, the family sued the museum (and Spain, which was later dropped) pursuant to the expropriation exception of the Foreign Sovereign Immunities Act (FSIA). That law sets the conditions of when a foreign state or its agencies and instrumentalities may be sued, and the courts ruled that the claim of Nazi-looted constituted a taking of property in violation of law and that the commercial contacts required had been satisfied (this is the same law subject to Germany’s appeal to the Supreme Court in our claims to the Welfenschatz currently held by the Stiftung Preussischer Kulturbesitz).

The case has gone back and forth between the District Court and the Court pf Appeals multiple times over issues of limitations periods, foreign relations, and the scope of the FSIA. It has been reinstated after dismissal more than once. Last year, however, the District Court finally reached the substantive question of ownership. The District Court held that the price paid by the Baron in 1976 was itself not a red flag, and that it was in line with fair market value prices of its time. The District Court was intrigued, however, by what it ruled the Baron would have seen when he bought it: “remnants of numerous labels on the verso of the Painting, including a remnant of a label from a gallery owned by members of the Cassirer family.” There was no evidence that this prompted the Baron to inquire further. The District Court ruled, however, that subsequent errors in the provenance of the painting were inadvertent errors by the Baron’s employees, not deliberate misconduct. Based on all this, the District Court determined that the Baron had failed to acquire good title when he sold it to Spain, but that under Spanish law the museum later acquired good title by adverse possession (prescription) by displaying it publicly for the statutory period. The District Court found that the museum had not been culpable or willfully blind in doing so, perfecting its title under Spanish law. As was the case in an earlier appeal in the case, the close call of which law to apply (California or Spain) decided the case: California law would have favored the true owner no matter what, Spanish law allowed the adverse possession of the work.

As we predicted after the dismissal in 2019, the lens with which the Court of appeals viewed the result decided the outcome. A finding of fact about good faith or lack of good faith is, under standard principles, reviewed only for abuse of discretion. In other words, it is essentially always upheld absent a total lack of evidence to support the conclusion. The Cassirers appealed on the grounds that a different legal test should have been used, legal tests typically being reviewed anew by appellate courts (i.e., without that kind deference). But the Ninth Circuit disagreed, and having decided that the correct legal standard had been used, it would not second-guess a fact finding. That hesitance to revisit a judge or jury’s factual determination is a bedrock principle of appellate law, which is one of the reasons appeals are so difficult to win.

What does all this mean, then? It is notable that in parallel to its shocking endorsement of Germany’s Holocaust revisionism, the U.S. Solicitor General’s brief in the Welfenschatz case this spring deflected the need for federal court jurisdiction over looted art claims on the grounds that the United States had encouraged alternative resolutions through the Washington Principles and the Terezin Declaration. The Cassirer result is a reminder of how hollow those words have become in the face of an intransigent possessor. The courts have ruled, and been upheld on appeal, a particular result under the law of personal property in Spain. Fair enough. The entire purpose of the Washington Principles, and the Terezin Declaration, however, are to acknowledge that the ordinary law of movable personal property often falls short in addressing the Nazis’ looting. When that happens, what does a country’s pledge to adhere to the Principles mean? Why would a country that has promised to seek “just and fair solutions” under the Washington Principles go to the mat to retain a Nazi-looted painting? That question has never been satisfactorily answered, and it does not have to be a zero-sum outcome; the painting can only exist in one place—but agreements are reached all the time in such cases. Absent an unexpected development, that place will be Madrid.